Hellmuth Wins 12th Bracelet Back In 2012 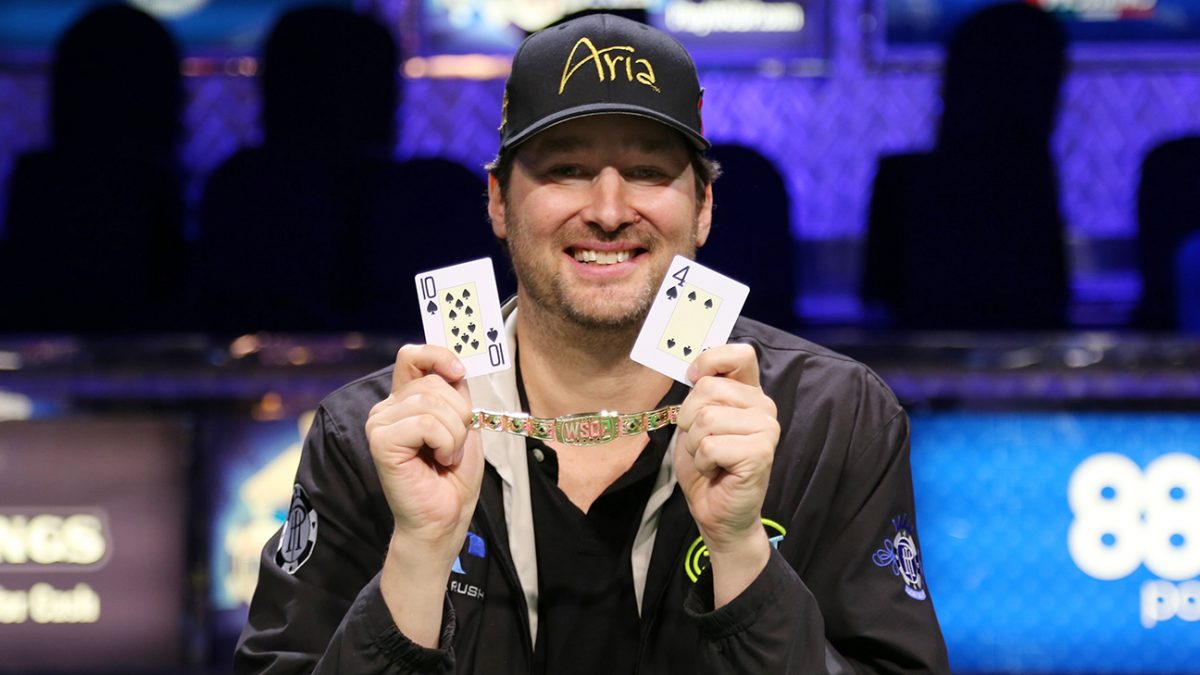 The 2020 World Series of Poker is postponed due to the COVID-19 pandemic. Although WSOP lovers will have a great time playing some of the bracelet events on the web, that’s not going to be the same as spending the hot days in June in Rio All-Suite Las Vegas Hotel & Casino.

While you wait for the 2020 WSOP, we’re going to take you back to some great moments of this tournament throughout its history.
The one we’ll cover today focuses on Phil Hellmuth. “Poker Brat,” as he is known in the poker world due to his temperamental personality, is the most successful WSOP player of all time

He managed to win a total of 15 gold bracelets. That’s five more than Doyle Brunson and Johnny Chan, who both sit at 10.

However, he took part in Event #18: $2,500 Razz in 2012 when he managed to make it to the third day of the event, when there were only 18 players left in the game, out of 309 that initially applied for it. The only problem he had to face here was that all his previous 11 bracelets were from Hold ’em events, and playing Razz was something completely new for him.

Hellmuth was third in chips after Brandon Cantu and Brendan Taylor when there were only 18 players left. However, he managed to catch heat early on the third day as he sent Jared Bleznick and Chris Wallace to the rail.

When the final nine reached the final table, Taylor still had the biggest stack, but Hellmuth was right behind him.

Hellmuth decided not to give up and caught fire in the final six and managed to take a huge pot from Taylor. When he entered the four-handed play, he had more chips than the other three players combined.

The final opponent that Hellmuth had to face on his way to win the 12th bracelet was Don Zewin. He was very interested in winning a bracelet as he had none, although he managed to win several cash prizes in the 80s.

In fact, Zewin had a pretty good start of the heads-up play, as he managed to win a million in chips from Hellmuth, while “Poker Brat” was sitting at 1.3 million.

However, Hellmuth was a tough nut to crack, and he slowly started grinding against Zewin, slowing the action down and taking Zewin’s money bit by bit over two hours of play. In the end, it was Hellmuth who celebrated the victory, and it was certain, at that point, that he has become the best WSOP player ever.

Right now, Hellmuth sits at 15 gold bracelets, and millions of dollars won in the World Series of Poker Events. The 12th bracelet was special for him, however, as he won it while his son was in the audience, and that made him even more determined to do it.

He stated that it had meant so much for him as a father to have his son watching him play.

This was also his first Razz bracelet ever, but it was not the only one, as he won another Razz event three years later, showcasing his superiority in this form of poker once again.