As one of two states with no forms of legalized gambling, Hawaiian legislators have attempted to change that by proposing Internet gambling legislation. 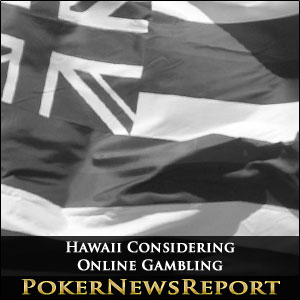 As one of two states with no forms of legalized gambling, Hawaiian legislators have attempted to change that by proposing Internet gambling legislation.

SB 768 was introduced last month by Senators Gilbert Kahele, Malama Solomon and Donovan M. Dela Cruz that would allow an internet-only lottery and gaming corporation to offer lotteries, casino games and poker. The bill cites the fact that thousands of residents of the Aloha State are known to gamble online with proceeds going to offshore sites with no safeguards in place for consumer protection.

The Hawaii Internet Lottery and Gaming Corporation would be created to oversee and regulate Internet gambling throughout the Hawaiian islands. The bill calls for that state-operated agency to seek the assistance of a private Internet gaming provider to work in tandem and facilitate the online operations. SB 768 allows Hawaii to enter into interstate compacts and combine player pools with other online gambling legalized states, provided that such agreements are consistent with state and federal law.

Over the years, Hawaii has proposed many gambling bills that have never been able to gain adequate legislative support for passage. Together with Utah, they remain the only two of the United States where residents are not legally allowed to gamble. Utah has taken steps to remain wager-free, last year enacting legislation that voluntarily opts out of any federal online gambling regulations that may someday be approved.

In seeking a service provider that will work in conjunction with Hawaii’s newly formed gaming corporation, that provider will be excluded from consideration if Internet wagers had been accepted from players in the U.S. prior to September 20, 2011, the date on which the U.S. DoJ found the Wire Act to be applicable only to sports betting. However, the DoJ did not actually release that order until December. SB 768 prohibits betting on sports.

Revenue in Hawaii is highly dependent on tourism. While tourists love to gamble, it boggles the mind that Hawaii has never capitalized on this source of revenue from visitors to its state. SB 768 would begin to change that by permitting sweepstakes and free-play games via the Internet to gamblers outside of Hawaii for the purpose of attracting tourists. The bill also would allow up to two land-based gaming events annually for businesses offering such sweepstakes.