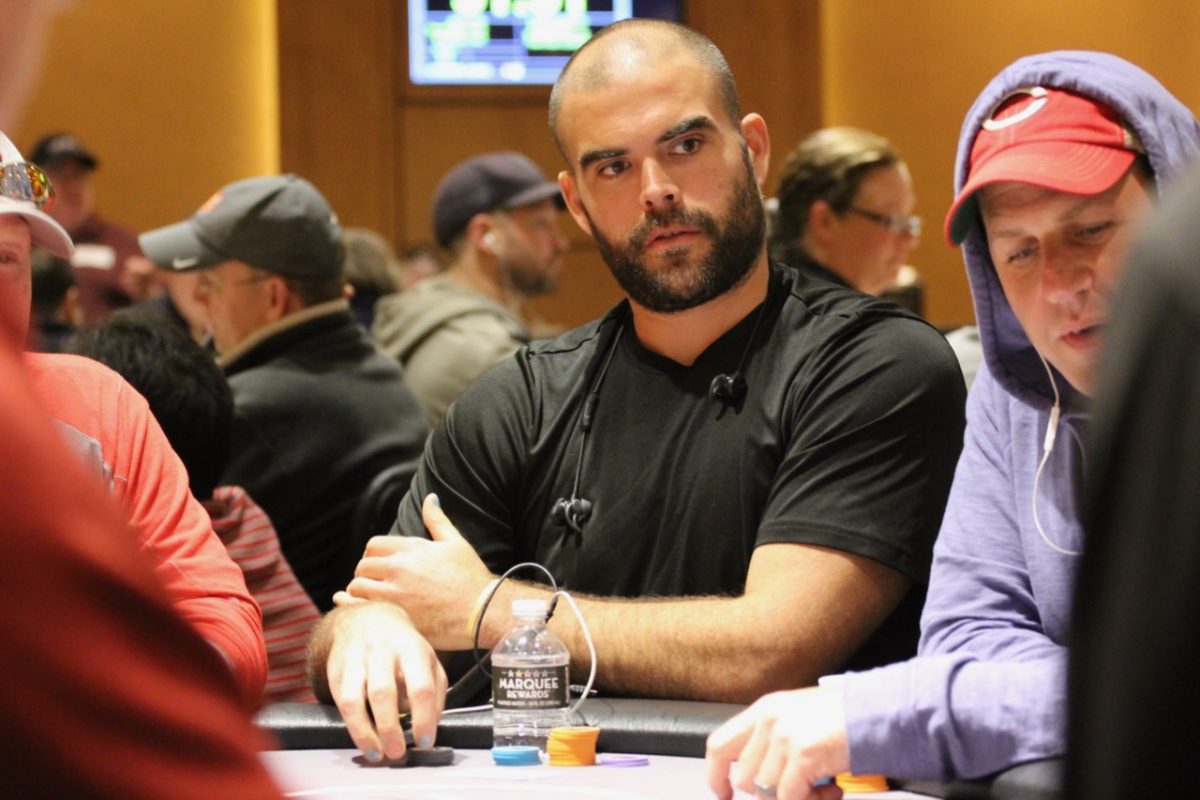 Event #29: $2,000 No-Limit Hold’em Deepstack took place on Wednesday night and attracted 580 players. Moreover, many of them decided to buy their way back into the game, recording 167 rebuys in total. In other words, the field consisted of 747 entries who created a $1,419,300 prize pool.

The event lasted for 11 hours, and Nick Guagenti was the last many standing, winning a total of $305,433 for his effort. On top of that, Guagenti won his first gold bracelet.

The Ohio-born poker lover has been playing the game professionally for 14+ years, as some of his results dating back to 2006. Moreover, he has managed to win more than $1.3 million in tournament poker, and his career-best cash was $153,548 that he won after taking down the 2014 Queen City Classic Main Event in Cincinnati.

Event #29 of the 2020 Online WSOP attracted many great poker players, and some of them even managed to achieve significant results. Top 90 players were on the money list, and the unfortunate one to burst the bubble was Jonas Wexler, who hit the rail in the 91st palace.

Some of the players who made it to the money list but fell short of reaching the final table are Ian Steinman, Tony Dunst, Joe McKeehen, Shaun Deeb, Greg Raymer, and Calvin Anderson.

The first player to hit the rail in the final table was Tom Cannuli, who won one bracelet back in 2017 and made it to the final table of the 2015 WSOP Main Event. Cannuli was eliminated by Brian Deutschmeister and won $20,012.

After that, it was time for James Gilbert to say goodbye to the rest of the final table after his queen-nine stumbled upon ace-queen that Matthew Parry had in his hand. Gilbert won $26,115.

The next one in line to go out was Rory Brown, who was also eliminated by Deutschmeister. Brown’s ace-jack was no match for Deutschmeister’s turned flush, so he had to hit the rail with $34,773 in his pocket.

Vinny Pahuja faced the legendary Ari Engel as both players flopped top pair of queens. However, Pahuja was no match for Engel’s poker might so he had to hit the rail as sixth-placed for $47,121.

The next one in line was Ryan Tosoc, who ended up fifth for $65,004, and Brian Deutschmeister followed after that, winning a total of $91,261. Ari Engel was the last player to hit the rail before the heads-up play, and his cash prize was $130,292.

The last player to face Guagenti was Matthew Parry, but he eventually had to settle for the second place and the consolation prize of $189,193.

This marked the end of another WSOP Online event on WSOP.com. There are several more to go on this platform, and much more available on GGPoker.