Greece to Regulate Online Poker and Tax It to Hell

At this week´s Gambling Compliance conference in Athens, the Greek Government committed to regulate the online poker market and impose even higher taxes. 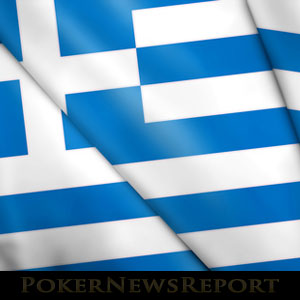 At this week´s Gambling Compliance conference in Athens, the Greek Government committed to regulate the online poker market and impose even higher taxes.

The financial situation in Greece is “complicated”. The country is burdened with debt it cannot afford to repay allegedly due to the EU´s willingness to throw money at it during the economic boom ten years ago. The Greek´s did not help themselves by understating their budget deficits for years; so, when they finally came clean about the mess they were in, harsh austerity measures were introduced so that the country could continue to benefit from EU bailouts.

The austerity measures have been coupled with steep tax rises, and online gambling is considered by the government to be a soft target. Licenced operators currently have to pay 30% tax on their Gross Gaming Revenues and withhold taxes on poker winnings of more than €100 a day. As losses on one day cannot be offset against winnings on another, profitable poker players in Greece use their winnings to register for future tournaments – before unregistering prior to the tournament starting.

Monopoly and Blacklisting Failed to Work

The government has tried several measures to maximise the amount of revenue it can extract from Greek online gamblers. In 2013 it sold its stake in the Organisation of Football Prognostics (OPAP) to the Czech company Emma Delta on the promise of introducing legislation to provide the new owners with an online monopoly. However, Emma Delta just wanted to focus on the sports betting vertical, so 24 companies providing online poker and casino games were granted temporary operating licenses.

According to a news report coming out of Athens, the Greek Government is intending to scrap the current temporary licence regime and replace it with a fully regulated market. The same report claims that, among the proposals for regulation already submitted to the EU, the tax on Gross Gaming Revenues will increase from 30% to 35% – an increase that has attracted plenty of criticism and claims that the increase will make the online poker market in Greece unsustainable.

Not only will the tax increase make it difficult for online poker providers to operate, but the lesser promotions and rewards they will be able to offer to players will incentivise more players to head to unregulated sites – where they won´t have to play “Taxes Hold´em” to avoid unreasonable tax liabilities, and where they can enjoy a more profitable online experience. Effectively, the proposed regulation of the online poker market in Greece will kill it.