The twelve teams to compete in the inaugural Global Poker League next year have been announced, along with their respective team captains. 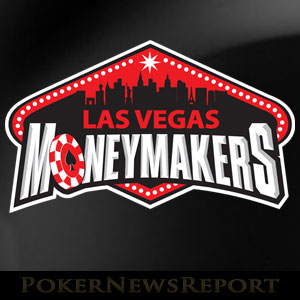 The twelve teams to compete in the inaugural Global Poker League next year have been announced, along with their respective team captains.

The 2016 Global Poker League (GPL) took one step closer to becoming a reality yesterday with the full details of the teams that will compete in the competition being released to the media, along with the names of the captains that will lead each team.

We were already aware that Chris Moneymaker was going to head up the Las Vegas Moneymakers and, purely by coincidence according to GPL Chairman Alex Dreyfus, the remaining eleven teams also have a strong smell of PokerStars about them. The full team list and their captains is:

All twelve captains have signed two-year contracts to add some stability as the league develops. They will first be called into action on February 25, when the GPL Draft Day has been scheduled to coincide with the American Poker Awards at the SLS Hotel in Beverly Hills.

How the GPL Teams will be Constructed

A week before Draft Day, the GPL will draw the order in which each of the twelve captains select players in three draft rounds. Then, on February 25, the selection process will be streamed live on Twitch in an event hosted by Kara Scott with analysts Daniel Negreanu and Phil Helmuth.

To qualify for inclusion in the three draft rounds, players must feature within the Global Poker Index´s top thousand places and opt-in for selection. Thereafter team captains will be allowed to select two “wild card” members of their team.

Speaking about the latest development in the Global Poker League, Alex Dreyfus said:

Today is an exciting day in Global Poker League history, the confirmation of our team managers is a crucial step towards our goal. We’ve secured an incredible amount of talented leaders to represent our 12 franchise teams as well as strong intent from some of the world’s best poker players to make themselves draftable on February 25. We’re looking forward to what the next few months and the inaugural season of the Global Poker League will bring for fans across the globe.

No Schedule Announced Yet for the Matches to Begin

While there has been plenty of information drip-feeding by the Global Poker League, no schedule has yet been announced for when the league matches will be played. The only information available on the GPL website is that the regular season will consist of twelve weeks of twice-weekly competitions played during the spring, with a post-season GPL World Championships intended for the summer.

The matches themselves will consist of 6-Max and heads-up games played across online platforms, in specially constructed studios and in live venues – where the GPL´s iconic “Cube” will be used to enhance the spectator experience with innovations such as digital cards, “action clocks” and RFID-enabled chips to accelerate the action.

Maybe we will all be a little wiser come February 25.