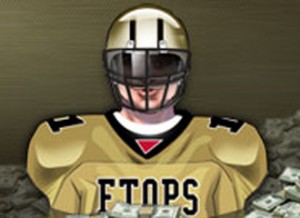 The first Full Tilt Online Poker Series (FTOPS) event was introduced in August 2006. This initial contest involved 8 events and a combined prize pool that exceeded $1 million. Turning into a massive online poker tournament, by November 2010 the FTOPS XVIII included 34 events and over $19 million in prize money.

FTOPS XIX in February 2011 hosted 45 events and a huge total guaranteed prize pool.  This event was a multi-entry tournament, meaning that players could obtain up to six entries. The title to the main event was won by ‘GIAMPP’ who earned $877,949.74 for his efforts.

This contest involved beating a huge field of 14,479 entrants, taking into consideration the multi-entry option.  GIAMPP managed to win the tournament using just one entry.  At the final table, when there remained just three players a deal was struck to divide up the prize pool that totaled just more than $2.8 million.  Blair Hinkle, who in the end finished in 2nd place, managed to close a deal with the others that earned him a little more than $1.1 million out of the winnings. After finalizing the arrangement, they then finished the play to settle the matter of the title and the final positions.

The main event at the FTOPS XIX turned into a massive tournament not just in online poker gaming history but also when considering live tournament events.  Cash prizes were won by many entrants and 1,890 players finished the event with a minimum of $868.

Full Tilt Poker is a large online poker room with a range of exciting online poker entertainment and tournaments. MiniFTOPS XIX is scheduled to take place in early March 2011, with over $8 million in guaranteed prize money.