Get Your UKash Vouchers Cashed before End of October

Online poker players that have unused UKash vouchers should make sure they get used or refunded by 31st October 2015 – after which time they will be invalid. 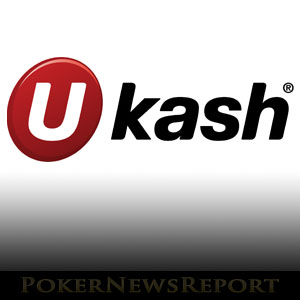 Online poker players that have unused UKash vouchers should make sure they get used or refunded by 31st October 2015 – after which time they will be invalid.

Back in April, the online payment processing company Skrill completed its purchase of UKash. As Skrill already owns the very similar PaySafeCard, the decision was made to phase out UKash, and retail outlets officially stopped selling UKash vouchers earlier this week.

UKash was a very popular deposit method for online poker sites. Players had the option of purchasing vouchers from a local store, and then just entering the voucher code when making their deposit. There were no fees attached and funds were credited to players´ accounts immediately.

UKash – unlike PaySafeCard – could also be used as a method of withdrawing funds. PokerStars and Party Poker both offered the option of UKash withdrawals, and it could be possible that there are several hundred players who have used this withdrawal method and still have unused vouchers.

Options for Cashing in UKash Vouchers

In Other Payment Processing News

In other payment processing news, Caesars Interactive Entertainment has announced that it will be accepting PayPal deposits from this week on its Nevada-licensed WSOP.com website. The deposit option is also expected to be rolled out to residents of New Jersey playing on CaesarsCasino.com, HarrahsCasino.com and WSOP.com.

The news has been heralded as a big deal by pro-regulation advocates in the United States because PayPal (the company) has kept its distance from online gambling transactions since the passage of UIGEA in 2006. The pro-regulation advocates say that the “stamp of approval” is a show of support for regulated poker in the US and offers regulated sites something that the offshore sites cannot provide.

Without wishing to be too critical of pro-regulation advocates, we would suggest that if we had a choice an online poker site that offered PayPal as a deposit option, and another site that offered considerably more liquidity, better promotions, less rake, million dollar tournaments and a viable rewards program, the PayPal deposit option would not be that high on our list.

Still, if the ability to deposit by PayPal attracts one more player to the failing online poker sites in Nevada and New Jersey, it is better than nothing.