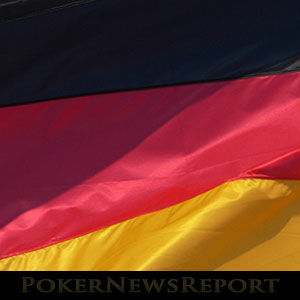 At present, most online gambling in Germany is unlicensed, unregulated and – in fifteen of the sixteen states – illegal. Under the country´s 2008 Interstate Treaty on Gambling, international online operators are not allowed to provide a service to German citizens unless they have a German-issued licence. Consequently the only legal online gambling allowed in Germany is sports betting and horse racing provided by the state-owned lottery.

In 2010, the European Union Court of Justice declared that Germany´s Interstate Treaty on Gambling contravened the EU´s laws on free trade and competition. Two years later, the state of Schleswig-Holstein introduced its own regulatory system and issued twenty-three licenses valid for six years so that operators such as PokerStars and 888Poker could provide a service to the state´s residents legally.

Following the Schleswig-Holstein decision, the federal government revised the Interstate Treaty on Gambling to allow twenty sports betting licenses for online operators to provide a nationwide service. Seventy-three online operators applied for licenses, prompting EU legislators to describe the artificial limitation of licenses as “a violation of the standards for the freedom [within the European Union] to provide services”.

License Cap Scrapped and New Regulatory System to be Introduced

Now, following a meeting of the country´s sixteen heads of state, the limit on the number of licenses is going to be scrapped and a new regulatory system will be introduced for all online gambling activities. According to a press release, future licenses will be issued on the basis of yet-to-be-established “qualitative minimum standards” following an analysis of regulatory systems in other EU jurisdictions.

Once the standards have been established and licenses have been issued, regulatory authorities will monitor any service provided by an unlicensed operator and take enforcement action where necessary. Licensed operators will have to implement more stringent “Know Your Customer” measures and introduce safeguards to prevent underage gambling and identify problem gambling.

It is not know yet whether the new regulatory system will isolate German poker players from the rest of the world. It has been suggested that the analysis of regulatory systems in other EU jurisdictions will look at the systems´ successes and failures. Hopefully the negative experiences in France, Spain and Italy will dissuade legislators from cutting off online poker players in Germany from international player pools by implementing a ring-fenced market.

One issue that is likely to be strongly contested is a proposed “loss limit” of €1,000. It has not been made clear whether heads of state want to implement the loss limit daily, weekly, monthly or annually, but whatever time scale is implemented, it would prevent poker players from entering the most valuable online poker tournaments with buy-ins of €1,000 or more. Thirteen of the recently-completed PokerStars WCOOP tournaments fall into this category.

Don´t Expect Any Movement on this Agreement Soon

The agreement to revise the German online gambling regulatory system does not imply immediate action and, as the licenses issued by Schleswig-Holstein do not expire until 2018, it will likely be at least two years before the current Interstate Treaty on Gambling is repealed. This means that the status quo will be maintained in the short-term and a blind eye turned towards online poker sites continuing to operate illegally in fifteen of the sixteen German states.

Hopefully the time will be used to construct a responsible regulatory framework that does not require online poker sites to increase rake and reduce player benefits – as has been the case in France, Spain, Italy, and the regulated states of the US – and which allows German online poker players to compete against the rest of the world in international player pools. Not only would ring-fencing of the player pool be an issue for German poker players but, due to the immense size of the German market, it will affect liquidity and tournament guarantees at all international online poker sites.