An opinion issued by the EU´s Advocate General is a setback for the Gibraltar Betting and Gaming Association´s case against the Point of Consumption tax. 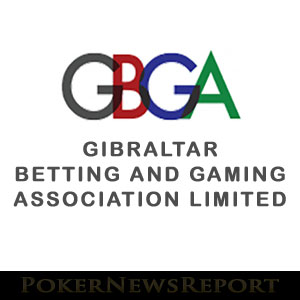 An opinion issued by the EU´s Advocate General is a setback for the Gibraltar Betting and Gaming Association´s case against the Point of Consumption tax.

In 2014, the UK government introduced the Gambling (Licensing and Advertising) Act – an Act that required all online poker sites, online casinos and online sportsbooks to acquire a UK license in order to continue providing a service to online gamblers in the UK.

As part of the licensing conditions, remote operators would have to pay a 15% “Point of Consumption” tax on the proceeds of gambling transactions with UK residents. This not only affected European and worldwide operators, but those based in the Isle of Man and Gibraltar.

A number of well-known online poker sites, casino and sportsbooks operate out of Gibraltar because of its favourable tax rates. These include 888Poker, Party Poker, Ladbrokes Poker and William Hill Poker. On behalf of its members, the Gibraltar Betting and Gaming Association launched a legal challenge against the new Act – claiming the Act breached EU laws relating to free trade between member states.

The initial challenge to the Gambling (Licensing and Advertising) Act [geolink href=”https://www.pokernewsreport.com/gibraltar-challenge-to-uk-gambling-act-rejected-17389″]was unsuccessful[/geolink]. In October 2014, the Royal Courts of Justice found the Act was “neither disproportionate nor discriminatory” as the GBGA had claimed. However, in a subsequent judicial review of the decision, Mr Justice Charles found that the challenge [geolink href=”https://www.pokernewsreport.com/judge-rules-that-uk-poc-tax-should-be-referred-to-eu-18215″]raised issues of EU law[/geolink] that should be decided by the European Union Courts of Justice.

Before certain cases are heard by the European Union Courts of Justice (typically those that relate to a new point of law), an opinion is provided by an Advocate General. An Advocate General is independent from the judges who ultimately hear the case, and his or her role is to address any legal issues that may be raised. Their opinion is not legally binding, but it usually has an influence on the outcome of the case.

Because the GBGA´s case against the Gambling (Licensing and Advertising) Act was considered to be of constitutional importance by Mr Justice Charles, the case landed on the desk of Advocate General Maciej Szpunar. Mr Szpunar found that, as Gibraltar is classified as a dependent territory of the United Kingdom – and not a full member of the EU – the GBGA´s argument have no justification.

Even though Mr Szpunar´s opinion does not indicate the end of the legal challenge, Peter Howitt – the Chief Executive of the GBGA – admitted it was disappointing. In an interview with Gibraltar´s TV channel he said:

We continue to believe that the gambling duty applied by the UK government to operators out of the jurisdiction, in circumstances where the customer may not be in the UK when they gamble or even a UK resident, is a disproportionate restriction on operators.  We look forward to receiving the CJEU’s judgment on the issues.

No date has yet been set for the GBGA´s challenge to be heard by the European Union Courts of Justice. Judges still have to hear the case in full before delivering a verdict; but, considering the legal arguments against the Point of Consumption tax have been deemed invalid by the Advocate General, the opinion is a major setback for the Gibraltar Betting and Gaming Association.