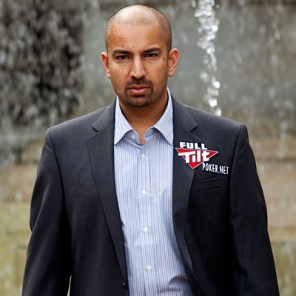 Full Tilt Poker have made an exciting announcement revealing that they have signed Mindset Coach Sam Chauhan as a ‘Friend of Full Tilt’. They have made the signing for him to front their upcoming ‘Mindset Academy’ on the Full Tilt Poker Academy website, which is expected to go live in the next few months.

Chauhan is considered to be one of the best mindset coaches in the world and his client base has ranged from company CEO’s to celebrities, and of course poker professionals.

In 2010 he worked with several of the best poker players in the world including Phil Hellmuth, Antonio Esfandiari, Gavin Smith, and David Williams (with these players winning over $3million alone in 2010). He also worked with John Racener to help him prepare for the 2010 World Series of Poker Main Event final table, in which Racener ended up finishing in second place for $5.5million.

When asked about what topics he will be covering in the Mindset Academy on Full Tilt Poker, Chauhan had this to say:

“I’ll be doing a lot on when people are on a downswing and breaking the patterns of a downswing. I’ll teach some tricks with the mind that gets people focused and teach them that they don’t need to hope to get lucky. They’ll learn how to deal with tilt and the thoughts that are taking them in the wrong direction. I’ll teach them not to put themselves in a psychological disadvantage. Don’t give other players a psychological edge from the moment they sit at the table, and that’s what most players do.”

There is no doubt that the Mindset Academy will prove very popular with players, giving them the opportunity to learn from such a highly acclaimed mindset coach for free, and hopefully taking their games to a whole new level.

As always stay tuned to PokerNewsReport.com for the latest poker news.