Black Card holders at Full Tilt Poker, the worlds second largest online poker room, have been informed that the room is beta testing a new mobile version of their hugely popular poker variant Rush Poker to enable it to be played on… 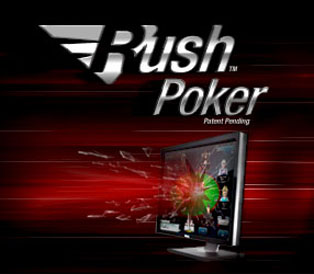 Rush Poker was created in January of this year and with the offer of ultra fast play mixed in with Texas Hold’em Poker, it has grown in popularity all over the world, even the professional players are showing their interest.

The new software that is being developed for Android enabled phones will offer players both play money tables as well as real money tables, opening up the possibilities as to where players are able to get their fix of Rush Poker action, either via computer or mobile.

It seems that the reservations that people have about the need for good signal has been confirmed by Leggo Poker instructor Brian “bw07507” Wilber who has been trying out the beta version of the software on his HTC phone which uses Droid 2.2 software to play the game.

Wilber told PokerNewsDaily that when he tested the software for the first time, he had to log in to the client via a website which then launched the client without having to download it to your phone, meaning that playing the game is quick and easy but he also added that he had to press the buttons more than once to get them to do what he wanted them to do, accrediting that to the lag that the game has at the moment.

Adding further comment to the playing style of the application, Wilber also revealed that he found the game play a little clumsy and that at times he couldn’t work out the size of the bet in time to act due to the amount of lag that was being carried by the game.

Rush Poker players who own iPhones will be upset to hear that there has been no beta testing on an application for their mobile phone due to American based brand Apple keeping a very close watch on their ‘apps’ store where users are able to buy and download applications to use on their phone.

With real money gambling a very rocky subject within the country following legal regulations put into action to reduce the number of online gamblers within their borders, it is thought that Apple will be very hesitant to provide an application that will allow users to break those laws through their phone.

Although the software will not be created for the Apple iPhone, the Android version is very much in the process of being streamlined and with Black Card members of the online poker site offering their time and opinions on the app, the news of that open beta could be just around the corner according to a source at the site who said “If all goes well, we might be in open beta within a month or so.”

PokerStars are expected to take action now and create a mobile version of their software so that Full Tilt Poker don’t get too far out of reach in the mobile poker market.