A report from the French regulatory authority – ARJEL – has revealed that cash game action fell a further 15% during the first three months of the year. 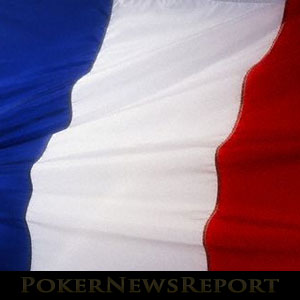 A report from the French regulatory authority – ARJEL – has revealed that cash game action fell a further 15% during the first three months of the year.

Online poker is facing bleak times in France. The latest quarterly report from ARJEL showed a decline of 15% in cash game action from €1.2 billion during Q1 of 2014 to €1.02 billion between January and March 2015 and, although revenues from tournament entry fees showed a slight increase, gross profits from online poker in France tumbled 5% to €61 million.

The latest disappointing figures follow the regulator´s annual report for 2014 which revealed a similar percentage fall over the year for both cash game and tournament action – down from €5 billion in 2013 to €4.3 billion in 2014. At the time of the annual report, ARJEL said that online poker stakes had fallen by a third since the first annual figures were compiled in 2011.

Why Such a Steep Decline?

Various reasons have been given for the decline of online poker in France. Last year at a meeting between members of the French online poker community and ARJEL President Charles Coppolani, the players were told that online poker was in decline due to “the worldwide economic crisis and because poker is a little out of fashion”.

The players argued that high taxation and poor liquidity was responsible for the exodus from regulated online poker in France, and pointed to a study conducted by France’s Observatory of Games (ODJ) and Monitoring Centre for Drugs and Drug Addiction (ODFT) which revealed that 47% of French poker players had accounts with offshore sites.

Back in 2013, ARJEL attempted to get a change in France´s online gambling laws which would allow player pools to be shared in the regulated markets of France, Italy and Spain. At the time the proposals were rejected by the French government on the (rather uneducated) grounds that shared liquidity “would turn online poker into an uncontrollable ogre eating one market after another”.

Undeterred, ARJEL tried again earlier this year, and this time got a more positive response from the French Minister of the Economy, Finance and Industry – Emmanuel Macron. In a public announcement Macron said “We are currently working on [an amendment] with ARJEL with a view to including it in the draft digital law”.

The news that the potential of shared player pools was at least being discussed coincided with the launch of the French government´s problem gambling initiative “EVALUJEU”. The initiative allows players to anonymously track and assess their online gaming habits while benefiting from personalised advice.

Announcing the launch of “EVALUJEU”, the French Budget Secretary – Christian Eckert – said that the government was committed to tackling problem gambling and promoting responsible recreational play. The Secretary also revealed a package of measures he intends to integrate into the digital bill, including higher levels of consumer protection (following the collapse of Europoker last year) and a new mediation mechanism to facilitate the resolution of disputes.

It is a shame there will be no French online poker players left to benefit from the new measures by the time the law gets passed!