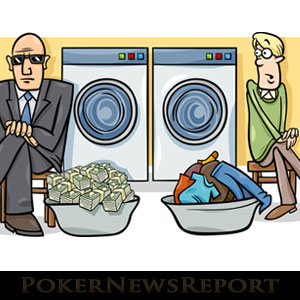 Up until 2008, Cheung Chi Tai was a significant stakeholder in the Neptune Group – a junket company that brought high-rolling gamblers to Macau in return for a share of the rake. Allegedly, Cheung is also the leader of the Wo Hop To triad, and has associations with five other triad-run junket companies that continued to bring clients to VIP rooms at the Sands Macau casino after Cheung sold his Neptune Group shares.

According to a report commissioned by Sheldon Adelson´s Las Vegas Sands in 2003 (one year before the Sands Macau casino opened), the junket companies often provided more than a steady stream of gamblers. In addition to providing protection to the casino operators, clients could request drugs, prostitutes and credit – all of which would (allegedly) be supplied by Cheung and his colleagues at an extortionate rate.

The relationship between Las Vegas Sands and Cheung came to an end in 2010. The official reason given for the split was that the relationship could have a negative impact on the company´s Las Vegas operations (as revealed in this Reuters report). However, it has also been alleged that former Sands Macau CEO – Steven Jacobs – was trying to stop the junket operators from using the casino, and that he was unfairly dismissed by Sheldon Adelson as a result.

The Sands Connection to Cheung´s Arrest

Cheung was arrested last week and charged with three counts of money laundering following a long-running investigation by Hong Kong police. The charges under the Organized and Serious Crimes Ordinance relate to funds Cheung deposited with three different accounts between 2004 (when the Sands Macau opened) and 2010 (when Cheung´s relationship with the Sands Macau came to an end).

The charges state Cheung was aware in whole or in part that the money originated from an indictable offence and, as the investigation into the transactions was led by agents from the police narcotics division, it would appear that Cheung´s operations extended further than simply providing high-rolling clients to the Sands Macau. Cheung was released on HK$200,000 bail, and he is due to appear in court on September 24th.

Cheung´s testimony should be interesting. It is well-chronicled that the Sands Macau gave Cheung a $32 million line of credit in 2008 and that he was subsequently admitted to the casino´s “Chairman´s Club” – an exclusive gambling room in the Sands Macau casino which only usually occurs when a gambler is given a personal invitation by Sheldon Adelson. The implications of Cheung´s testimony could have significant implications for Steven Jacobs´ ongoing wrongful termination case currently being heard in Las Vegas.

Meanwhile, in a Court in Las Vegas …

Meanwhile, at the hearing of Steven Jacobs´ wrongful termination case at the Clark County District Court, Judge Elizabeth Gonzalez has still not decided whether or not to allow the unsealing of “Exhibit 1100” – a report compiled by the former head of Hong Kong´s Criminal Intelligence Bureau, Steve Vickers, which is not only suspected to expand on the relationship between the Sands Macau and Cheung Chi Tai, but also reveal whether Sheldon Adelson used money linked to overseas criminal activity for political donations.

The motion filed to unseal the potentially damming report reads:

Mr. Adelson’s alleged close ties to illegal and corrupt foreign practices raise very serious and credible questions, not only about possible corruption in the Nevada gaming industry, but also about whether those practices have financed his campaign activities and whether he has used the anonymity of campaign contributions to launder illegally obtained foreign funds.

Jacobs has claimed that he was fired as Sand Macau CEO for whistleblowing wrongdoing within the company – including indictable offences committed by Sheldon Adelson. Adelson denies the claims and has accused Jacobs of squealing like a pig to the government after being sacked for gross misconduct. The case has thrown up all manner of allegations – including breaches of the Foreign Corrupt Practices Act – and the possibility exists that the revelations in the Vickers report could lead the Nevada Gaming Control Board to investigate the Las Vegas Sands Corporation and potentially remove its gaming license.