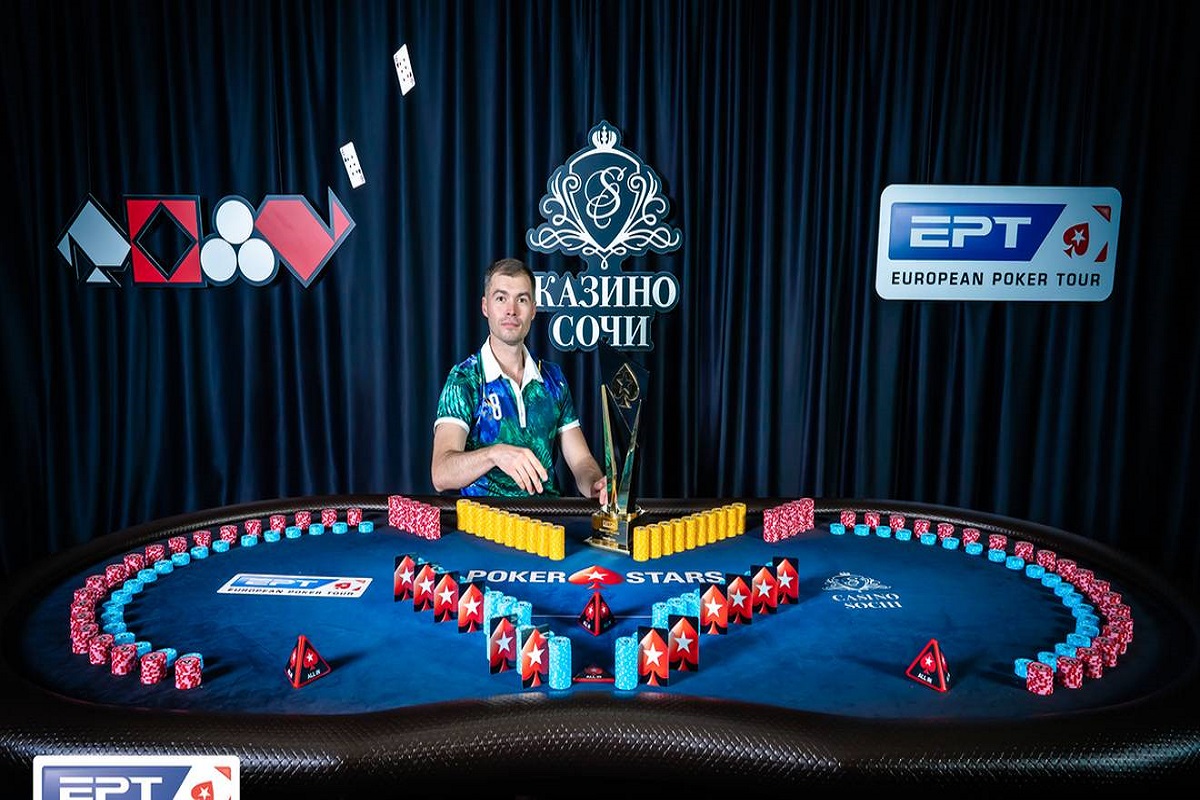 Even though the COVID-19 pandemic still underway, PokerStars decided to bring its most popular live poker event back to real-life tables. As a result, we’ve been able to see live poker action in Europe after a long time away, as the European Poker Tour Sochi took place in early October.

The Sochi event is the only EPT event to take place in 2020, as many of them were either canceled or postponed. Most notably, the PokerStars Players Championship was supposed to happen as part of the EPT Barcelona, but the Barcelona event was postponed.

The Main Event of EPT Sochi required an entry fee of RUB175,000, which is approximately €1,900. It attracted about 637 entries who managed to create a prize pool of almost €1.1 million.

The tournament also hosted Aleksandr Denisov, one of the best tournament poker players in Russia. Even though he managed to make it to the final table, he had to settle for the eighth place, winning a total of RUB1,956,500.

According to Bogdanov’s Hendon Mob page, this was the largest live cash prize he has won in his career. Tkachenko also had an incredible performance, as EPT Sochi was the second time he finished in the money in a live tournament. The first one was just $271 in Russian rubles.

Other players that made it to the final table of the EPT Sochi Main Event were Egor Turubanov, Vladislav Naumov, Nikita Kuznetsov, and Aleksandr Denisov.

Even though the Main Event was the focal point of EPT Sochi, it wasn’t the only event that was part of the popular EPT stop.

Another important tournament was EPT National that required the buy-in of RUB77,000, which is approximately €850. A total of 805 entries were recorded. Anatolii Zyrin emerged as the winner, receiving a total of RUB6,686,400, adding to his impressive portfolio, where he amassed more than $1.6 in live poker cashes. Zyrin was also a 2019 WSOP bracelet winner.

There was also a RUB371,000 EPT High Roller that attracted 90 entries and ended with a heads-up deal between Yakov Fokin and Pavel Kireev. The winner won a total of RUB7,450,100, whereas the runner-up had to settle for RUB6,300,000. This tournament also attracted some of the top players, such as Arsenii Karmatckii and Viktor Kudinov. Both made it to the final table, with Karmatckii being the last player to hit the rail before the heads-up. Kudinov left the game as seventh-placed.

So far, it seems that this will be the only live EPT event that we’re going to see in 2020. Some players are already expecting EPT Prague to take place, as the Czech Republic opened up several months ago, but that changed recently, as its officials announced another lockdown due to the second wave of COVID-19.