Facebook is currently negotiating with several online gaming operators like 888 and PokerStars to enter the real money gambling market in the United Kingdom. 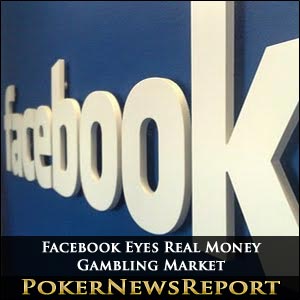 Facebook is currently negotiating with several online gaming operators to enter the real money gambling market in the United Kingdom.

The exact timeframe on providing gaming services for real cash has not yet been established, but Facebook has been promoting itself to UK gaming operators as of late, in addition to investigating the best ways to transform the social media outlet as a real-money model.

Facebook’s plan is to offer eight licenses to the same number of individual operators, who will use the social network as a platform to integrate their apps. Facebook reportedly hired a large number of employees to work on launching the real-money platform in the UK.

Last week, Zynga Casino, which operates Facebook’s play-money casino games, announced via Zynga Casino General Manager Lo Toney, that the company was satisfied with its profits from its play-money poker format and would not change its current business model. “We are in the virtual goods business and we have been able to create a good business for ourselves like this,” Toney said, “so we have no plans to enter the real-money market.”

However, Facebook is now know to have begun discussions with various gaming experts, consultants, operators, affiliates and gaming entrepreneurs, including representatives from 888, PokerStars and Gamesys as early as last summer.

Zynga Poker is one of more than seven million apps currently integrated onto the social media site. The marketing team responsible for the popularity of PokerTableRatings, the poker data mining site, is also in charge of marketing for Zynga Poker, which has grown to a customer base of 30 million players each month.

Facebook was founded just seven years ago and is now a giant of social media. The site boasts 800 million active users throughout the world, with 75% coming from outside of U.S. borders. Half of the account holders log on every day and each Facebook user averages 130 friends. Members upload over 250 million photographs every day. Users on Facebook are also known to be highly mobile-oriented, with an estimated 350 million users accessing the site via a mobile device.

Real-money wagering in the UK could happen as soon as soon as March of 2012. However many details would need to be ironed out first, such as splitting revenues between the operators and platform, verifying the age and identities of players to ensure that minors are prohibited, payment processing logistics and the amount of time needed to intergrate applications of real-money play onto the platform.

It is believed that the UK will act as sort of a testing ground as the initial market for real-money gaming and that, if proved successful, other territories may be added in the future.