Everything Clicks for Conniff in WPT Championship Victory

Asher Conniff won the WPT World Championship at the Borgata Casino in New Jersey last night after qualifying for the $15,400 buy-in event by mistake. 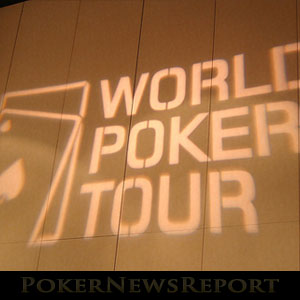 Asher Conniff won the WPT World Championship at the Borgata Casino in New Jersey last night after qualifying for the $15,400 buy-in event by mistake.

Asher “Misclick” Conniff lived up to screen name a few Sundays ago by mis-clicking into an online qualifier for the WPT Championship when attempting to enter one of Party Poker´s Sunday Majors. Conniff went on to win the qualifier, and a seat in the $15,400 buy-in target event, and he cancelled a family holiday so that he could play in it.

After four days of action, Conniff – who, two weeks ago took down the opening event of the Borgata Spring Poker Open for $203,000 – lay second in the chip counts as the 6-handed final table approached. However, he faced a significant challenge from four previous WPT event winners and a dual WSOP bracelet holder:

The early action saw Carlos Mortensen swap places at the foot of the chip counts with Tony Dunst by doubling-up K♥ K♦ > 10♥ 10♣. Reduced to his last ten big blinds, Dunst shoved from the button with 10♦ 9♣ and ran into Asher Conniff´s A♠ K♠ – which improved to an Ace-high Flush.

Conniff was also responsible for the elimination of Ray Qartomy in fifth place – Qartomy missing his gutshot draw with J♠ 9♥ on the board of Q♦ 8♥ 7♦ / 8♣ / 4♦ and failing to improve past Conniff´s A♠ 10♣. Conniff now had more than 50% of the chips in play.

The remainder of the action was over pretty quickly. Carlos Mortensen was unlucky to be bust in fourth place – his 10♥ 10♦ looking good for a double-up until Alexander Lakhov (A♦ 6♥) spiked the A♣ on the river.

Lakhov was also lucky to double up against Asher Conniff (K♠ 6♥ > 7♣ 7♠) when turning trip Sixes; but Conniff maintained his advantage with the elimination of Brian Yoon in third place (K♦ J♥ > J♠ 3♠) – Yoon being out-kicked when two small pairs showed on the table.

Going into the heads-up, Asher Conniff held a 9,845,000 -v- 2,120,000 chip advantage over Alexander Lakhov – equivalent to 123 -v- 26 Big Blinds. Conniff increased his advantage by taking eight of the first tens hands of heads-up play uncontested, and eventually Lakhov shoved with 10♥ 6♥. Conniff snap-called with A♠ Q♥.

Conniff had to endure a bit of a sweat when the flop and turn of 7♥ 5♦ 2♥ / 4♠ gave Lakhov a double open-ended straight draw, but the K♠ fell safely on the river to give Asher Conniff victory in the WPT World Championship and an incredible ROI for his online satellite buy-in.