EverestPoker.fr to Close its Doors on May 31

French Customers of Everest Poker have been informed that, from the end of next month, they will have to get their online poker action at BetclicPoker.fr. 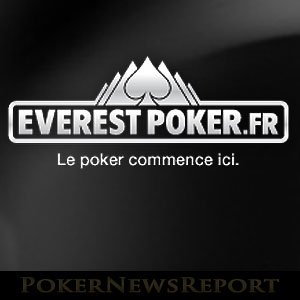 French Customers of Everest Poker have been informed that, from the end of next month, they will have to get their online poker action at BetclicPoker.fr.

Less than ten years ago, Everest Poker was a force to be reckoned with in online poker. Enjoying revenues in excess of $100 million per year, the site was the official table sponsor of the World Series of Poker and hosting $1 million guaranteed tournaments.

Having never really thrived in the US, Everest Poker invested heavily in the European Poker market – particularly in France and Germany – and was the first online poker site to offer a multilingual poker product and multilingual customer support.

Unfortunately, due to the ring-fencing of the online poker markets in France, Italy and Spain, the site´s player database was fractured. In 2012, Everest Poker joined the iPoker Network. However, in France, the iPoker Network has failed to establish itself in a market dominated by PokerStars and Winamax.

A Logical Decision to Close

Also in 2012, the French gaming company BetClic bought out Gigamedia´s stake in Everest Poker to create the BetClic-Everest Group. Despite BetClic also providing an online poker service in France, the two sites – EverestPoker.fr and Betclic.fr – operated separately over the next couple of years.

However, due to both sites struggling to maintain their position in the shrinking French online poker market and the high level of tax each site has to pay, the decision has been made to close EverestPoker.fr and migrate its player database over to BetClic.fr. According to Isabelle Andres – CEO of the BetClic-Everest Group – the decision was a logical one. She said:

There was no logic to maintain Everest and BetClic Poker in the French market. We maintain our ambition [to be a market leader in Europe] and are confident that our customers will benefit from poker on BetClic and an enriched experience.

News of the Decision Sent to Players

News of the decision was sent to players in the EverestPoker.fr database by email earlier this week. The email explained that, from May 31, the Everest Poker platform would no longer be available in France and that players had the option of migrating over to BetClic.fr or receiving a refund of their balances.

Players who choose to move over to BetClic.fr will be able to maintain their VIP Statuses and have their Summit Points exchanged for BetClic Points at an equal value. Those who do not make a decision by October will have their bankrolls automatically refunded – but lose the value of their Summit Points.

As far as players who do migrate are concerned, they will be playing in the same player pool as on EverestPoker.fr with very similar software and will have access to sports betting and online casino verticals not available on Everest Poker – just in time for Euro 2016.

Is the Future of Everest Poker in Europe – or the World – in Doubt?

The news that Everest Poker is pulling out of France will not be a shock to many people, who will agree with Isabelle Andres that it is a logical decision. However, the list of countries no longer served by Everest Poker is growing longer all the time.

The formerly great European online poker site no longer has a presence in Spain, Portugal, Italy (although BetClic does), Russia, Belgium, Bulgaria, Greece, Cyprus, or Turkey, and many of the Balkan and Baltic states.

That pretty much leaves the UK, Germany and the Netherlands as Everest Poker´s primary markets, and it is pretty much just a question of time before the board of the BetClic-Everest Group decide that it would be logical for all Everest Poker players to have access to sports betting and online casino verticals.

The complete closure of Everest Poker may be not be imminent, but surely it is inevitable.