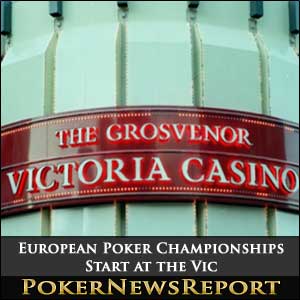 It is expected to attract many of the top live poker players from the United Kingdom on route back from the Partouche Poker Tour in Cannes.

Previous winners of events held during the European Poker Championship include:-

This year´s schedule is the biggest yet, but with a lot of emphasis on qualification for the European Poker Tour which is jointly hosted by the Vic and the London Hilton Metropole.  The eleven days of action conclude with a super satellite for the EPT Main Event, and players can qualify for the Super Satellite via its own qualifier, which has a buy-in of £80.00 + £12.00 (buy-in for EPT ME is £5,250.00, so a good ROI just to qualify!).