A significant court case is currently going through the Court of Justice of the European Union which could have implications for European online operators. 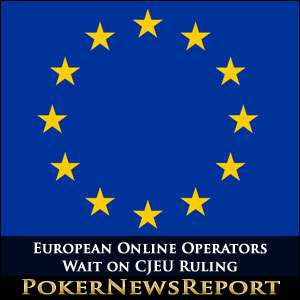 A significant court case is currently going through the Court of Justice of the European Union which could have implications for European online operators.

The case has been brought by Royal Scandinavian Casino in Aarhus, Denmark, who object to brick-and-mortar casinos in Denmark having to pay a higher rate of tax than online casino and poker operators. The casino claims that operators are being incentivised to apply for online licenses with lower tax rates, and that the practise is both unfair and illegal as the differential is against European laws for free trade.

The decision of the court could have implications for online operators throughout the rest of Europe – particularly in Portugal and in the Netherlands – where regulators are intending to apply a different rate of taxation to online operators than to brick-and-mortar casinos.

The Background to the Case

Online gaming was regulated in Denmark in 2012 after the state monopoly on lottery, bingo, keno, and a range of card and arcade games was challenged in the European Court. Legislation was introduced to open up the online gaming market to other companies, who had effectively been providing a service illegally prior to regulation.

Unlike France, Spain and Italy, online gaming in Denmark was not ring-fenced and there was no requirement for online operators to maintain servers in Denmark – just an office from which a reporting system would be established to comply with the new Danish gambling tax laws. Annual licensing fees were set according to the operator´s gross win (capped at €200,000) and a 48% tax rate was introduced for online operators (20% on gross gaming revenue and 20% corporation tax).

The EU commission investigated the new tax rate on the grounds that brick-and-mortar casinos were being taxed at much higher rates (41% on gross gaming revenue and 20% corporation tax), but Denmark´s regulatory authority was able to persuade the EU commissioners that wagering at brick-and-mortar casinos and online gambling were two completely different operations. The EU commissioners ruled the two tax rates were permissible, and Denmark’s regulation of online poker went ahead.

The Potential Impact on European Operators

Should the Court of Justice find in favour of the Royal Scandinavian Casino it would jeopardise the enforcement of the Portuguese online gaming bill and add weight to objections against the Netherlands proposed legislation – in which online operators would benefit from a 20% tax on gross gaming revenue as opposed to the 29% tax charged on gross gaming revenues generated in brick-and-mortar casinos.

The impact could also be felt in the UK, where a new “Remote Gambling Duty” of 15% is due to be introduced for offshore operators, while land-based companies in the UK pay up to 40% on their profits – and in Spain, where the Consejo Empresarial del Juego has come under attack from land-based operators for authorising internet gaming machines which are taxed at a far lower rate than brick-and-mortar casinos.

Calls for tax relief from both online and brick-and-mortar operators in Spain have increased in volume since the release of the annual gaming report by the Spanish regulator – the Dirección General de Ordenación del Juego. The report shows a decline in the number of online gamblers from 469,077 at the end of 2012 to 283,123 by the close of 2013, and net gaming receipts down by 14%.

The Spanish online gaming action group “JDigital” claim that most online operators are running at a loss and have expressed concerns that the situation is only likely to get worse as online gamblers in Spain change their allegiances to offshore operators who can offer more action and bigger prize pools. The action group has called on the Spanish government to reverse its “ring-fenced” policy to increase liquidity and tempt those players back who have left the regulated Spanish market.

The Court of Justice´s ruling in the case is expected on September 26th.