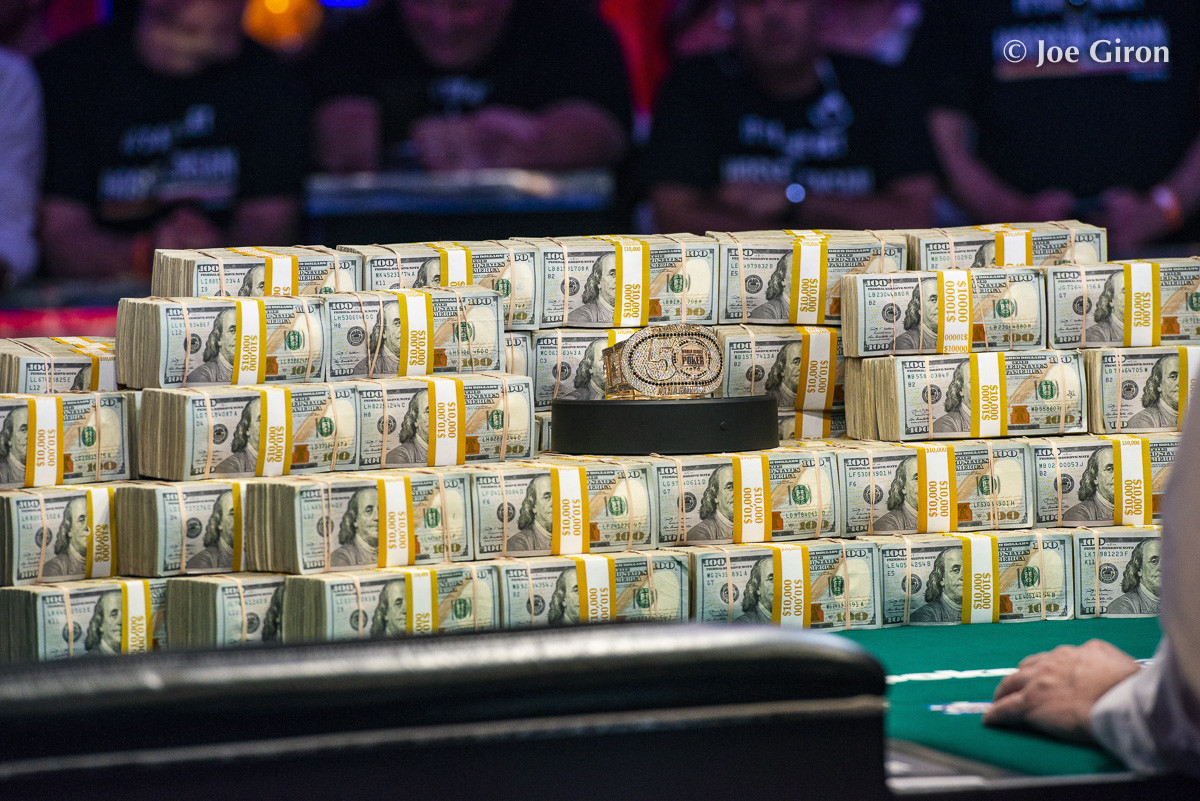 The next first-time winner is here, after Eoghan “DrRoche” O’Dea took the most recent 2020 GGPoker WSOP Online Bracelet Event. After over ten and a half hours of play, he walked away with Event #51: $400 Pot-Limit Omaha.

O’Dea was a finalist in the 2011 WSOP Main Event in Las Vegas, but he also has a lot of cashes in PLO tournaments. His biggest achievements came when he made it to the final table of the $10,000 Pot-Limit Omaha 8-Handed Championship in 2017 and 2019, finishing in 6th place in both events.

“DrRoche” is now the fifth Irish player to win the WSOP gold bracelet, and he comes from a line of family poker players. His father, Donnacha O’Dea, was an Irish poker legend, being the first Irishman to take a WSOP gold bracelet back in 1998.

It didn’t take long to get to the money. There were only five levels of play before players began to hit earnings, and after another two levels, the field fell down to 130. After about nine hours, the field dropped all the way down to nine players.

Throughout that time, some of the players to collect small payouts were Roberto Romanello, Dan Smith, and Danny Tang.

One of the well-known players to make it to the final table was Dani Juncadella, who has a few cashes in no-limit hold’em events. Besides poker playing, he is also a professional driver in the Deutsche Tourenwagen Masters for Team R-Motorsport II and former Formula 1 test driver.

Juncadella didn’t last very long at the final table, finishing in ninth place with $8,688 in earnings.

The next ones out in eighth and seventh were Bazei and Ruslan “zverrmvp” Nazarenko. Chi Chung “chipuker” Ho followed in sixth shortly after, and the pots went back and forth for around 20 minutes before Solomon went out in fifth place for $31,325.

Within 20 minutes, Benjamin “Wapbap” Voreland finished in fourth and third.

O’Dea came into heads up with a solid chip lead while Jethalal grew his stack in a few smaller pots. O’Dea took that stack back down after a few hands in when Jethalal flopped two pair and a straight draw against O’Dea’s top set.

The Canadian finished in second place with $81,963 after he bricked the turn and river. O’Dea took more than $100,000 and a bracelet as well, which put him in company with his father.

O’Dea also received a WSOP Europe package valued at $12,000 for his victory.

His victory came after Enrico “GTOExploiter” Camosci took his first bracelet in Event #50: $2,100 Bounty Championship ($327,319) after ten hours of play.

The action continues with Event #52: $1,000 No-Limit Hold’em, which will crown the next champion.