Elton Tsang Wins Big One for One Drop Main Event

Elton Tsang – a Canadian born, Hong-Kong based businessman – took down this weekend´s Big One for One Drop Extravaganza Main Event for €11,111,111. 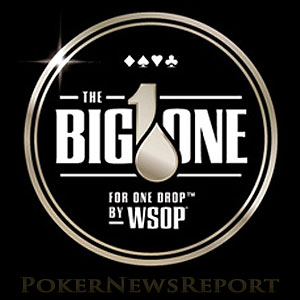 Elton Tsang – a Canadian born, Hong-Kong based businessman – took down this weekend´s Big One for One Drop Extravaganza Main Event for €11,111,111.

This weekend´s Big One for One Drop Extravaganza Main Event was the biggest recorded buy-in poker tournament in history. Twenty-six players ponied up the €1,000,000 buy-in and – after €111,111 was deducted from each buy-in for the One Drop charity – the prize pool reached €24,888,892 due to two of the players re-entering.

Despite being promoted as an event from which professional players were banned, several well-known faces appeared at the Casino de Monte Carlo tables. Paul Newey, Andrew Pantling and Mark Teltscher bought directly into the event, while Talal Shakerchi picked up his seat in a live satellite at the beginning of the Extravaganza schedule.

Pantling Leads at Start of Final Day – for Three Hands

As only six players were due to cash in the event, the action was anticipated to be tense – but nobody told Elton Tsang. Within three hands Tsang moved into the chip lead after twice forcing folds from Pantling in two valuable pots.

Pantling´s chip stack continued to freefall, but it was Haralabos Voulgaris who was first to leave the final table after moving all-in with K♥ 3♥ and failing to improve past Anatoly Gurtovoy´s A♣ Q♠. Gurtovoy moved into third place in the chip counts, but was still almost 50 million chips behind Tsang as the blinds increased to 300,000/600,000.

Brandon Steven Bubbles Big One for One Drop

After a quiet spell of “no flops, no drops”, Brandon Steven bubbled the Big One for One Drop – calling Cary Katz´s pre-flop shove with K♥ Q♠ and running into Katz´s A♣ K♦. With the remaining six players guaranteed of a €1.5 million payday the action picked up, and Andrew Pantling wasted no time in losing the last of his chips with K♠ 3♠ against Elton Tsang´s A♦ 9♣.

Elton Tsang´s good fortune continued when he bust Cary Katz in fifth place K♠ J♠ > A♣ J♦ and, as the blinds increased to 400,000/800,000, Tsang´s chip stack was double the combined size of the three other players´ stacks at the table – Anatoly Gurtovoy, Rick Salomon and James Bord.

Anatoly Gurtovoy emerged as the challenger to Tsang´s dominance – busting James Bord in fourth place A♣ K♦ > A♠ 10♠ and Rick Salomon in third place A♥ Q♣ > Q♠ J♣ – but going into the head-ups, Tsang still had a commanding advantage of 93.7 million chips vs Gurtovoy’s 46.3 million chips.

A Fitting Hand to Conclude an Extravaganza

The heads-up lasted almost fifty hands, during which time Tsang´s dominance continued. Prior to the final hand, Elton Tsang held a chip lead of 118.2 million vs 21.8 million, and it was Anatoly Gurtovoy who made the deciding move in the final hand, moving all in on a board of Q♣ 3♣ 4♣ / 2♥. Tsang snap-called and the cards were on their backs.

The River (J♣) improved Tsang´s hand to a Jack-high Flush and enabled him to take down the first place of €11,111,111 – Gurtovoy being rewarded with €5,427,781 for his second place finish. The full list of payouts is as follows: