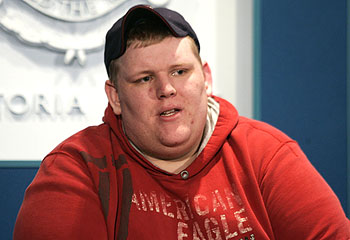 Dwayne Johnstone who was one of the two men who robbed professional poker player Jason Potter after he left the Crown Casino in Melbourne, Australia, in January 2008 has had his appeal against the jail term rejected and will face a minimum of two-years in prison. Johnstones defense team argued that his sentence should have been more lenient due to him suffering from depression and having a brain inury from a prior assault, and also due to the fact that he admitted the charges he was faced with, however the court has rejected the appeal feeling the sentence is justified.

Johnstone had 69 previous convictions, was a drug addict, and was actually out on parole when he robbed Potter with his accomplice. Johnstone’s accomplice was Vhyharn Arumughasamy who pleaded guilty to armed robbery in 2008 and was sentenced to a minimum of twelve months.

The robbery took place at 4:00am after Potter left McDonald’s to walk back to the hotel he was staying at, just hours after finishing 31st in Aussie Millions Main Event. Potter was struck on the back of his head and stunned by the attack while one of the robbers took over $31,000 from his hooded sweatshirt pocket and both robbers fled the scene however warrants were issued and both men were soon arrested.

Jason Potter has won over $1.4 million from online poker tournaments and plays online using the aliases ‘JP OSU’ and ‘Ouemoekid’. However he doesn’t just play online, he has also ammassed almost $1 million in live poker tournament winnings with his largest victory coming at this years World Poker Tour L.A. Poker Classic where he won a $5,000 buy-in event for $201,730.