The High Rollers Event in the forthcoming Party Poker WPT UK could be renamed as the Devilfish Cup in tribute to the sadly departed Dave “Devilfish” Ulliott. 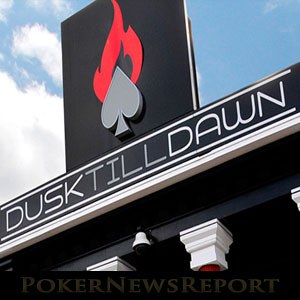 The High Rollers Event in the forthcoming Party Poker WPT UK could be renamed as the Devilfish Cup in tribute to the sadly departed Dave “Devilfish” Ulliott.

Dave “Devilfish” Ulliott was one of the UK´s most charismatic, well-respected, and gifted poker players ever. Instrumental in increasing the popularity of poker throughout the UK, the “Godfather of British Poker” graced many of the best poker rooms in Europe and the States for over thirty years – amassing more than $6 million in live tournament winnings and plenty more in cash games.

Sadly Dave Ulliott passed away in April 2015 aged 61 after a short battle against bowel cancer. Following his death, a campaign was launched to have the Devilfish immortalised in the [geolink href=”https://www.pokernewsreport.com/last-chance-for-nominations-to-the-wsop-hall-of-fame-18265″]WSOP Poker Hall of Fame[/geolink], but unfortunately he was overlooked in favour of Jennifer Harman and John Juanda – prompting criticism that the Poker Hall of Fame was too “Vegas-Centric”.

Now plans have been unveiled to honour Dave Ulliott at one of his favourite poker clubs – Dusk till Dawn in Nottingham. According to a tweet by the club´s owner, Rob Yong, discussions are underway to rename the High Rollers Event at the forthcoming Party Poker WPT UK as the Devilfish Cup. The bar at the club is also to be renamed the “Devilfish Bar” and Ulliott´s drink of choice – a Vodka Redbull – will be called the “Devilfish” on the bar´s drinks menu.

If the plans reach fruition, the Devilfish Cup 2016 will be played over Monday 2nd November and Tuesday 3rd November. The event will have a £5,000 + £300 buy-in, with the £300 “fee” plus 3% of the total prize pool being donated to Dave Ulliott´s favourite cancer charity and used to set up a trust for Ulliott´s youngest daughter, Lucy.

According to Yong, the Devilfish Cup was something he discussed with Dave Ulliott prior to his death, and it was an event that both men felt was more fitting than a stand-alone charity tournament – Ulliott having won the Jack Binion World Poker Open in the WPT´s first season after “the most dominating performance in WPT history” according to World Poker Tour ambassador Mike Sexton.

As the plans to host the Devilfish Cup at Dusk till Dawn in November are not yet confirmed, no online satellites have yet been organized for the event. However, it is possible to play in the WPT UK Live Event qualifiers at Party Poker, with sub-satellites into the WPT UK Main Event starting at just $0.01. Simply [geolink href=”https://www.pokernewsreport.com/partypoker”]visit Party Poker[/geolink] and navigate to Live Events > World Poker Tour (WPT) > All.

Incredibly, if you were to win a big WPT Main Event at Dusk till Dawn after qualifying for just $0.01, you would not be the first player to do so. Last month, local player Andy Jankowski took down the $1,100 buy-in $1 million guaranteed PartyPoker WPT National at the Nottingham club for $192,210 after starting his path to the final in a $0.01 sub-qualifier.

How fitting would it be for a young poker player to start a successful live poker career by taking down the Devilfish Cup in November?