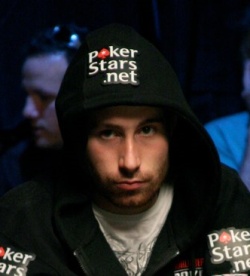 Duhamel will enter into the game as a huge chip leader with over 188million chips against the 30million chips that Racener will be taking to the table.

The action will start with blinds set at 600,000/1,200,000 so you can expect for the action to begin at a very high tempo as Racener looks to break back into the tournament.

Racener enters into the tournament with less chips but much more experience at the tournament tables but whether that will be enough for him to turn the tie around, the challenge could be too much for the poker pro.

Duhamel spoke out about his lack of experience after it was highlighted that he had only cashed $108,987 so far in his career, saying “I don’t have much tournament experience. I’m a cash poker player but I’m confident in my game.”

The fact that Racener has reached the final two of the tournament could also be credited to a small amount of luck after he was able to battle his way back from short stack of the tournament by taking advantage of the aggressive play shown by both Joseph Cheong and Jonathan Duhamel, trebling up his stack after winning the hand.

The luck of Racener was not overlooked by the player, Racener saying “I was really shocked. If they were smart they would’ve waited for me to get knocked out and not risk that kind of prize money or the chance at heads up. I thought for sure I was going to have to double on them and my buddy said “Watch, they are going to tangle up” and that’s what happened. It worked out for me perfectly.”