At long last, the U.S. Department of Justice (DoJ) has announced that a claims administrator has been hired to facilitate the Full Tilt remission process. 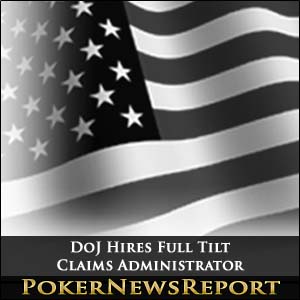 At long last, the U.S. Department of Justice (DoJ) has announced that a claims administrator has been hired to facilitate the Full Tilt remission process.

The Garden City Group has been appointed to handle the task, according to a DoJ press release. The Group has overseen the administration of a number of high-profile claim remission projects throughout the U.S. in the past and has an established track record. Manhattan U.S. Attorney Preet Bharara had nothing but high praise for the Garden City Group and called their selection a significant step in reuniting U.S. Full Tilt players with their funds.

Those funds, in the neighborhood of $150 million, have been frozen for just one month short of two years following the Black Friday indictments of PokerStars, Full Tilt and Absolute Poker on April 15, 2011. Non-U.S. players received reimbursement following the purchase of Full Tilt by the Rational Group, PokerStars’ parent company, last July and the site’s subsequent relaunching on Nov. 6.

The Garden City Group has established a website, FullTiltPokerClaims.com, where players will eventually be allowed to electronically submit claims for their money. The website also includes an option for players to register and receive pertinent emails pertaining to the claims process and other valuable information. However, that feature has not yet been activated and players are advised to check back soon.

As to when the remission process will actually commence, the administrator has yet to specify a date and promises only that it will begin shortly. The DoJ had originally stated that a firm would be hired and begin sometime in January, so that timetable is already about six weeks late. In any event, at least the process is progressing, albeit ever so slowly.

Players who would like more information are advised to either call Garden City Group toll-free at (866) 250-2640, send an email to Info@FullTiltPokerClaims.com, or for those who prefer old-fashioned communication, write a letter to Full Tilt Poker Claims Administration, c/o GCG, P.O. Box 9965, Dublin, Ohio 43017-5965.

Still yet to be determined is whether players can expect to receive their full account balances. Previous reports had suggested that players may only be entitled to the amount they can prove to have deposited at the site. However, rest-of-world Full Tilt players collected 100% of their bankrolls, as did U.S. players on PokerStars when that site was allowed by the DoJ to reimburse American players shortly after Black Friday.

It would indeed be a travesty if players received anything less than their entire account balances. You can rest assured that the Poker Players Alliance would vehemently oppose any attempts by the DoJ to shortchange players.