DFS Venture to Pave Way for PokerStars in US?

While PokerStars awaits a decision from New Jersey gaming regulators, is the wheel being greased for entry into the US online poker market in another way? 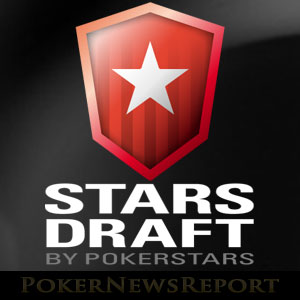 While PokerStars awaits a decision from New Jersey gaming regulators regarding its suitability as an igaming licensee and also continues its efforts to be included in California through its partnership with tribes and cardrooms, is the wheel being greased for entry into the U.S. online poker market in another way?

Amaya, the parent company of PokerStars and Full Tilt, announced in mid-August the purchase of Victiv.com, a Daily Fantasy Sports (DFS) website. Amaya is in the process of rebranding the site to “StarsDraft” and will enter the growing DFS market in the U.S.

DFS is permitted in most states in the U.S. due to its status as a game of skill. There has been considerable debate as of late as to whether winners of DFS contests are more lucky than good. It is hard for some to buy the argument, myself included, that DFS is skill-based when the outcome relies on the performance of athletes on the field rather than the constant decision-making required while playing a game poker.

In any event, that argument would perhaps be better visited on another day. Today’s discussion centers more on whether Amaya’s entrance into the DFS market will help in the igaming giant’s quest to enter the U.S. online poker and gambling market. I believe that it will.

Once Amaya is operating in California as StarsDraft, can those tribes such as Pechanga who continue to play the “bad actor” card and insist upon the company’s unsuitability as an ipoker licensee due to past transgressions continue to make that claim? It certainly would hurt the case of those opposing tribes, as Amaya would establish a presence in an industry that involves wagering – whether skill-based or not.

And how about over in New Jersey, where PokerStars is expected to soon receive an igaming license? It isn’t yet known whether StarsDraft will be operating its DFS offering in NJ before or after the ruling from the Division of Gaming Enforcement regarding PokerStars’ ipoker and igaming suitability is handed down. But if StarsDraft is already in action, it would be that much harder for the DGE to say no, if regulators have any leanings in that direction at all.

You can bet that some day Amaya and PokerStars will be back in action as an online poker and gambling operator in the U.S. The only question remaining is how long it will take in individual states such as California. The process may be hastened by first getting a foot in the door via the DFS market.