A report by the Danish Online Gambling Association has revealed that 27% of online poker players use sites other than those holding a Danish operating license. 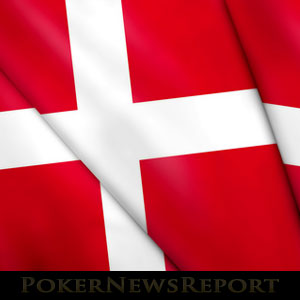 A report by the Danish Online Gambling Association has revealed that 27% of online poker players use sites other than those holding a Danish operating license.

The revelation that the poker “black market” was alive and well came in a report investigating the prevalence of online sports betting at offshore sites – those specifically not licensed by the Danish Gambling Authority.

The report found that – of 4,131 participants would were surveyed – 8% of respondents played online poker and that 27% of those patronised “international sites”. There was no distinction made between poker sites regulated in Europe but not in Denmark (for example Bet365 Poker) and those that provide a service for residents of the US (for example Americas Cardroom).

Rather than fist-thumping that a considerable amount of Danish Krone was leaving the country and demanding legislation to prevent that from happening, the Chief Executive of the Danish Online Gambling Association – Morten Ronde – had constructive comments to make.

He suggested that it was important for the Danish Gambling Authority to look into what attracted gamblers of all persuasions to bet at unlicensed sites (including sports bettors and online casino gamblers) and that maybe the controls should be relaxed to allow other online games such as bingo and instant lottery games.

Mr Ronde also commented that licensed operators should improve the digital experience for players and that the Danish Gambling Authority could do more to educate the gambling public on which operators are licensed within Denmark. An interesting point to come out from a previous survey into online poker in Denmark was that many of the players did not even know they were playing on unlicensed sites.

Ask and Ye Shall Receive

Almost at once, Mr Ronde´s request for a better digital experience was answered by the news that Full Tilt has been awarded an online gambling license by the Danish authorities. Full Tilt poker´s software is widely acknowledged to be the best in the world, and Danish players will also be able to take advantage of the site´s excellent online casino as well.

The site – fulltilt.dk – is already operational, and poker players from Denmark will be able to compete against players from the rest of the world – or at least those in which Full Tilt has an operating license. Full Tilt joins PokerStars, PartyPoker, Bwin, Unibet, Danske Spil, Betsson, Paradise Poker, NordicBet and Scandic Bookmakers as operators licensed to provide online gambling in Denmark.

The overall revenues generated by licensed gambling in Denmark (brick and mortar venues included) grew by a little over 2% in 2014 according to the Danish gaming regulator Spillemyndigheden. According to a(nother) recently released report, the domestic gaming market was worth DKK 7.75 billion in 2014 ($1.16 billion) up from DKK 7.575 billion in 2013 ($1.13 billion).

The fortunes of Denmark´s online gambling industry are likely to improve even further now that the EU has approved plans to license daily fantasy sports operators; and, now that Full Tilt has joined the list of companies legally allowed to operate within Denmark, maybe more of the country´s gambling revenues will stay within its borders.