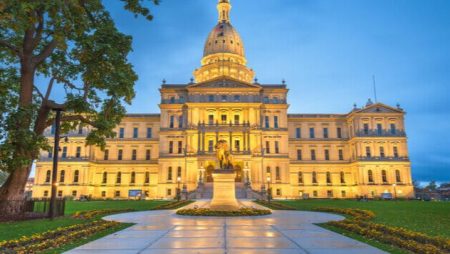 A decision is due to be made by the governor of Michigan on changes to the Interstate poker bill. A recent vote saw the bill win by a landslide, and this paves the way forward for the state of Michigan to seek to share equity with other states that have also followed suit in this desire to create cross-state play.

The amendment in question is known as SB 991, and it looked at making some changes to the 2019 Lawful Internet Gaming Act. The intention was to allow the gambling board for Michigan to work in conjunction with other states and their legislators to create an interstate online poker bill.

This bill would allow people to play in other jurisdictions rather than being limited to their own state or area. Several states already participate in this, and it’s hoped that the Michigan market will give the approach a significant boost in both popularity as well as revenue.

Only Possible Due to LIGA

This is all only possible due to the Lawful Internet Gaming Act which was passed into law by Governor Gretchen Whitmer a year ago. This act allows for the creation and expansion of various forms of gambling across the state, and online was clearly a big part of the process. Of course, they haven’t quite got there yet, but the speed at which things are changing has increased thanks to Covid-19.

In fact, the pandemic has also forced the regulators to turn even more toward online gambling due to the significant drop in revenue thanks to land-based places being forced to close. This may be partly contributing to the apparent rush toward this interstate play being passed as there is a need to increase revenue across the state.

According to reports from within Michigan, January 2021 will see the launch of new initiatives related to online poker and gambling in general. It had been hoped that a number of changes would take place before the end of 2020, but the pandemic stopped so many things in its tracks.

What is going to happen in 2021 is easy to understand. Online poker providers will be asked to effectively launch their business across the state with the promise of this Interstate play also playing a part in creating new business and revenue for them. The process of launching will be streamlined, so players residing in Michigan will be able to get online and jump straight into various online poker tournaments from quite early on in 2021.

This is all good news for Michigan. The potential poker market for the state is huge, and opening it up in this way will only generate more interest leading to bigger prize pools and the change to land some impressive wins.

All that’s left is to wait a short while to see what the start of 2021 is going to be like as well as how quickly Michigan can force through the final steps of changes to the legislation to allow a new poker boom to then occur in the state.