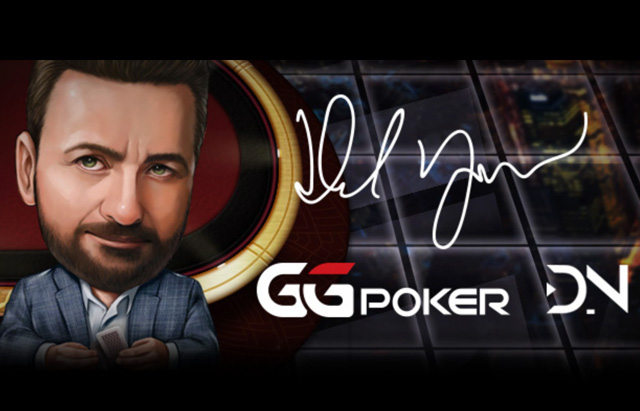 We don’t often talk about poker these days, especially when sports betting is all the rage across the United States, but sometimes a news story pops up that has to be covered. Earlier this year, poker pro Daniel Negreanu announced that he and Poker Stars would be ending their 12-year sponsorship, which left the Canadian player without a sponsor at the World Series of Poker. Now, this week, via his Twitter account, Kid Poker made the announcement that he has a new deal with…GG Poker.

Yes, it’s true that you likely haven’t heard the name GG Poker, but trust us, they are a force to be reckoned with. For them to land someone like Negreanu to be their lead sponsored player is enough to tell you that they have what it takes to stick around the top tier of poker sites. The company has risen to be the 3rd largest poker site in the world, mainly off the back of an Asian player base.

According to Negreanu’s account on his podcast DAT Poker Podcast, he was approached by GG Poker as he was announcing another staking package for his fans for the WSOP Europe. The company sent him a note explaining that heir software made it very easy to stake players, and while that didn’t end up coming to fruition for the event, Negreanu was clearly impressed with what he saw.

The 6-time WSOP bracelet winner went on to talk about the GG Poker software client, and specifically their mobile client, at length. We all know that Daniel has his opinions on the industry and likes to make them well known, so when he came back with a glowing review of this piece of software, the poker world sat up and listened.

A global ambassador living in the U.S.

One big question coming from the industry is why Negreanu would sign with a poker site that currently is not open in the United States. Remember that when he signed with Poker Stars back in 2007, the company was still talking play from Americans, and it wasn’t until 2011 that they were finally shut down by the Department of Justice. Regardless, Negreanu is probably one of the 5 most recognizable faces in poker across the globe, so having him as an international ambassador is still worth it to GG Poker.

Something else to bear in mind with this signing is that with all the changes to regulation regarding online gambling, specifically sports betting, in the U.S. since the repeal of PASPA, it is very likely that online poker will once again be legal for residents in the coming years. IF that is the case, then GG Poker has made a very calculated gamble that having Negreanu on the team will pay dividends in that country down the road.

A Canadian that likes hockey? Shocking…

Having a guy like Negreanu on board at GG Poker is bound to make the site more attractive to players in countries where hockey is popular. The Toronto native is not shy about his passion for the game and for his beloved Vegas Golden Knights. We can see many scenarios where players are invited to spend time with Daniel at Vegas Knights games either in Las Vegas or around the world, and with the Olympics coming up in China in 2022, there is another great potential scenario at the poker site’s fingertips.

One thing is for sure – with a guy like Daniel on board, we are bound to see a lot of celebrities wearing the GG Poker logo at events in the future.

Negreanu wasn’t actually the first sponsored pro at GG Poker. The site recently announced the signing of high-stakes player Bryn Kinney, and we are sure that more players will be giving the company a call now that Negreanu is on board. Gone are the days of the large player rosters like that of Full Tilt Poker, but there is some real value in finding ambassadors that help unlock specific markets for an online poker site. We’ll be watching to see what happens with this fast-rising company in the coming weeks and months, but for now we send you back to your regularly-scheduled sports betting legislation updates!