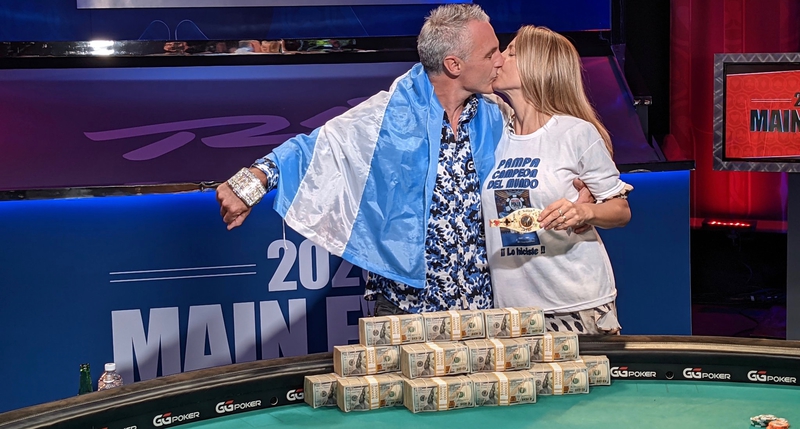 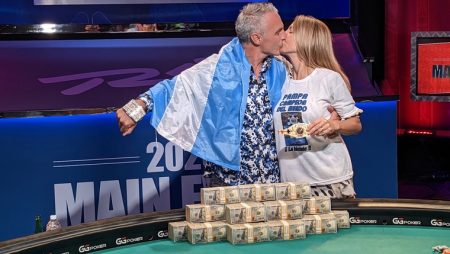 Salas is the first Argentinian to win a WSOP gold bracelet and he earned over $2.5 million in prize money from the event. He has now made over $5.7 million throughout his poker career.

The WSOP Main Event was originally scheduled for Wednesday, December 30, but unforeseen circumstances around Salas’ travel delayed the match.

However, Salas encountered difficulty when trying to the U.S as his ‘certificate of exemption’ from WSOP was not recognized by officials at Dallas and Miami airports. As a result, the Main Event was postponed until Sunday, December 3.

But the change did not appear to faze Salas throughout the WSOP Main Event on Sunday. The Argentinian held his nerve during a marathon match with Herbert to win the gold bracelet and an additional $1 million in prize money.

After finishing seventh in the 2017 WSOP Main Event, Salas was eager to avenge his previous final table defeat. He managed to edge out Herbert at the Rio All-Suite Hotel and Casino in Las Vegas. But it was a closely contested encounter with both players holding slender leads throughout the evening.

Towards the end of the match, Salas and Herbert had very few options remaining as the blinds were so large and neither seemed willing to take risks. Consequently, a fold or shove scenario developed between Salas and Herbert as they headed towards the finale.

Eventually, it was Salas who was able to swing the match in his favor. The Argentinian led Herbert with 610,000 chips to 390,000 in the final hand. Herbert went all-in on an Ace-Queen while Salas called with a King-Jack. The final hand gave Salas the tournament win and the gold bracelet with a 5-K-8-5-K full house.

Speaking after his first WSOP Main Event win, Salas expressed his delight at winning the gold bracelet. But he was also reflective about his enjoyment of playing poker in a competitive environment.

“I don’t play for the money, I play because of the challenge, because of my love of poker, I play to be better every time, to compete. I am very proud of myself to earn this achievement.

“That is part of the magic of poker. It is pure adrenaline; it is a rollercoaster that you face down in a moment. It can look like you are the king of the universe, and all of a sudden, they were castles in the air, and out of nowhere, it is gone. That is why poker is so good and so beautiful. So, what happened at the table was simply poker in its pure essence. I have worked a lot to accept the good times that poker can give you and the bad moments, too.” Salas said.