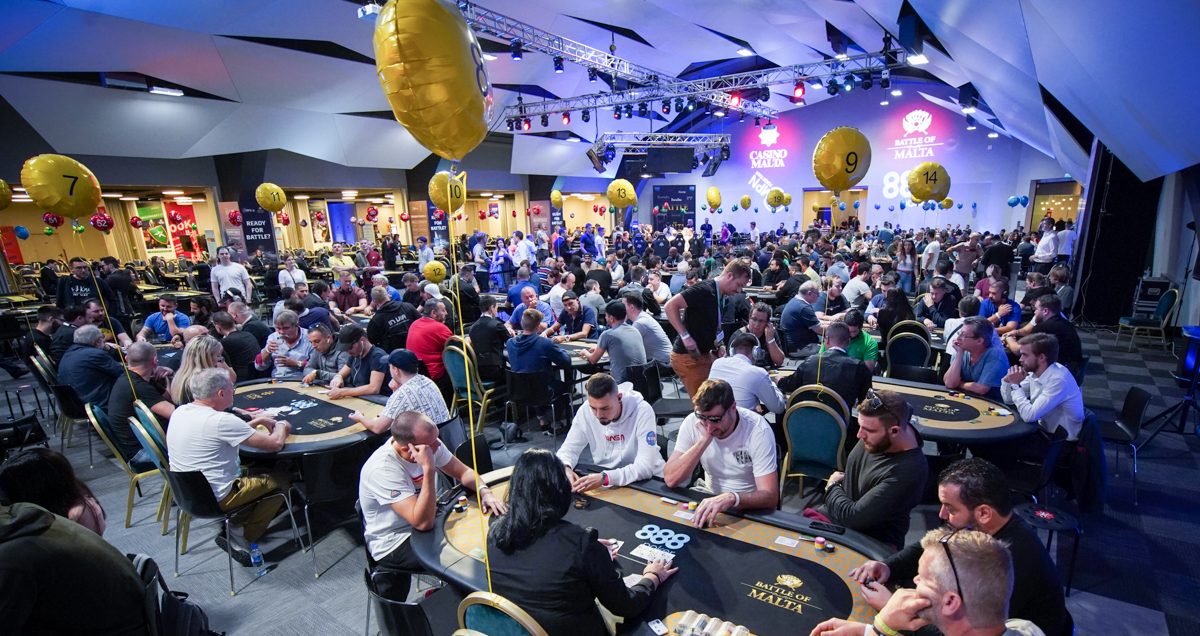 Siege of Malta is a popular poker festival that takes place at the InterContinental Hotel every year. However, it seems that the year 2020 will not be the one to see this festival through, as concerns over the coronavirus spreading on the virus resulted in the organizers canceling the event.

It was originally scheduled to take place in April, but poker players who love this tournament will not be able to attend it this year.

Casino Malta and Olympic Casino sent a joint note to the press, stating that the event will not take place this year as there are growing concerns about coronavirus. Both organizers stated that they were disappointed to cancel the popular tournament series.

That also means that the highlight of the tournament, the €500k GTD Main Event, as well as numerous lucrative side events, will also be canceled for 2020. The statement claims that the organizers felt the need to “safeguard the health of players and staff.” That’s why they decided to cancel the events for the best.

The note stated that the organizers had followed health guidance provided by organizations including the World Health Organization (WHO), and the Maltese Health Authorities (MHA). They, therefore, decided that the Siege of Malta tournament, which was to take place in April, will be canceled.

The organizers also added that they not only want to “protect all players and stuff” but also to take “a responsible stance” and help in the process of containing the virus. They concluded that they were “erring on the side of common sense and caution” in their decision not to proceed with the event in April.

Battle of Malta Still On Schedule

Although Siege of Malta is a quite popular poker event, Malta still has a more popular tournament to offer to poker fans, and that’s the Battle of Malta.

The tournament won a couple of awards for the fantastic offer and prizes, and it is one of the biggest poker competitions in Europe. It is scheduled for October in St Julians, Malta, and, so far, no plans about this event are rescheduled.

The note stated that October was “a long way ahead” and that the organizers hoped that there would be a positive development regarding the coronavirus and its possible effect on the Battle of Malta.

Finally, the organizers of the Siege of Malta apologized to all people who wanted to take part in this fantastic tournament. However, they encouraged them to apply for the Battle of Malta instead.

How Did the Poker World React to the Coronavirus?

The coronavirus is spreading fast, and it was expected that the poker industry would be affected by it up to a certain extent. The Siege of Malta is not the only live poker event that was canceled in the past couple of months.

Recently, the King’s Casino in Rozvadov, Czech Republic, made an announcement about banning all Italian casino lovers and poker players from entering the casino.

When it comes to the WSOP, all events are still intact. According to Seth Palansky, VP of Corporate Communications for the WSOP, they are actively monitoring the situation. In other words, no changes are made regarding the WSOP, but it’s possible that we’ll hear further announcements from the officials.