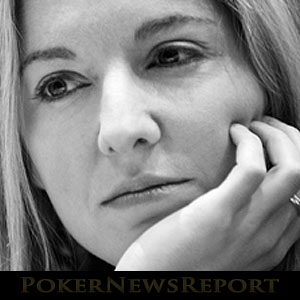 Victoria Coren-Mitchell and Debbie Burkhead will be inducted into the Women in Poker Hall of Fame in a special ceremony in July at the Gold Coast Casino.

The Women in Poker Hall of Fame (WiPHOF) was first established in 2008 to recognise the achievements of female poker players and their contribution to raising awareness of the women´s game. In order to be considered for induction into the Hall of Fame, the nominees must have been involved in the industry for a minimum of fifteen years – either as a player or an organiser – and support the existence of ladies poker games, even if they do not play in them.

The original inductees into the WiPHOF were Barbara Enright, Linda Johnson, Marsha Waggoner and Susie Isaacs. Since 2008 and prior to this year´s inductees, the Hall of Fame has swollen to seventeen members and includes Jennifer Harman, Kathy Liebert and JJ Liu. Unsurprisingly (for an American-centric organization) Victoria Coren-Mitchell is the first European player to be inducted into the Women in Poker Hall of Fame.

Both Inductees have Solid Writing Credentials

Victoria Coren-Mitchell and Debbie Burkhead both have solid form at the poker tables. Victoria Coren-Mitchell is the only player to have ever won two European Poker Tour Main Events and for many years she was a member of PokerStars Team Pro. Debbie Burkhead is a Las Vegas regular with a Hendon Mob database of tournament results stretching back more than two decades. Both women are also noted for their writing.

In 2009, Victorian Coren-Mitchell published “For Richer, For Poorer: A Love Affair with Poker” – the tale of a twenty-year love affair with the game. The book was written in the period after Coren-Mitchell´s first EPT success, and gave the background to her sensational career. She also write´s columns for the Observer, Elle and GQ, and – in addition to appearing on a variety of poker-related broadcasts – has presented a wide range of television shows from the satirical “Have I Got News for You” to the complex “Only Connect”.

I’m very touched and flattered, thank you very much! https://t.co/YiXLh6WX81

Debbie Burkhead began her writing career about the same time as Victoria Coren-Mitchell – her most famous work being a bi-monthly column for Poker Player Newspaper called “Debbie Does Poker” that ran for more than ten years. Burkhead also wrote for pokerpages.com and Ante UP magazine before working as an editor for Poker Digest where she promoted ladies poker tournaments. Burkhead now serves on the Board of Directors for the Women in Poker Hall of Fame.

The inductees for this year´s Women in Poker Hall of Fame could have been a lot different had a flaw in the voting software not been noticed after the nominees had been announced. Earlier this month, seven women were short-listed to be inducted into the Women in Poker Hall of Fame – Burkhead, Coren-Mitchell, Shirley Rosario, Mandy Goglow, Karina Jett, Esther Rossi and Jennifer Tilly – and members of the public were invited to vote for their choice via the WiPHOF website.

Each member of the public was entitled to one vote per IP address, but it was discovered last week that members of the public could delete the cookies from their devices, go back into the website and vote again. At the time the error was discovered, Shirley Rosario – founder of the Poker-Babes.com website – was way ahead of the rest of the field with 33% of the vote.

Instead of relying on the possibly-corrupted public voting, the Board of WiPHOF decided to do what they have done every other year and select their choices based on the players´ credentials. Victoria Coren-Wood and Debbie Buckland will therefore be inducted into the Women in Poker Hall of Fame at a special gala luncheon at the Gold Coast Casino in Las Vegas on July 6th.