The president of France´s online poker regulator (ARJEL) has spoken out about the changes needed to revitalise the country´s flagging online poker economy. 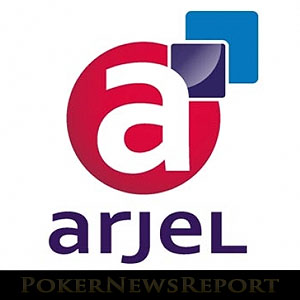 The president of France´s online poker regulator (ARJEL) has spoken out about the changes needed to revitalise the country´s flagging online poker economy.

ARJEL president Charles Coppolani has often been criticised for blaming the failings of online poker in France on anything else other than his own organisation. In the past Coppolani has said that poker´s problem is that it is no longer fashionable, and that online operators who entered the regulated market in 2010 had unreasonable expectations.

Now, speaking at the annual conference of the International Association of Gambling Regulators in Peru, Coppolani has spoken out about the changes needed to revitalise the country´s flagging online poker economy, and he called on politicians in France to introduce the measures required to increase liquidity and reduce taxation.

Background to Online Gambling in France

When online gambling was regulated in France, only sports betting, horse race betting and poker was authorised by the legislation, as the outcome of these events was considered to be based on skill. Online casino games, spread betting and betting exchanges were prohibited because these were considered addictive pastimes.

Consequently, any gambler who wanted to bet on the spin of a wheel or the roll of a dice online had to use an offshore, unregulated operator. As the offshore operators also provided sports betting, horse race betting and online poker, gamblers kept their online action offshore. It is estimated that almost 50 percent of gamblers in France have accounts with offshore operators.

The Impact on Liquidity

The attraction of offshore operators is more than the variety of opportunities they offer. During off-peak times, the leading regulated poker sites in France – Winamax and PokerStars – are like a graveyard. Meanwhile, traffic at the offshore poker sites continues to grow – driven by players from the US, France, Spain and Italy who cannot get a game on a regulated poker site.

Since the regulation of online poker in France, cash game traffic is down more than a third – prompting Coppolani to call on politicians to abandon the country´s ring-fenced status and to form compacts with other regulated jurisdictions. Such proposals were promised to be included in France´s new “Digital Bill” by Finance Minister Christian Eckert – but he has since gone back on his word.

The exodus of poker players to offshore sites has also been driven by the high level of tax charged to online operators. Unlike in other regulated jurisdictions, the French treasury taxes every hand as well as imposing a tax rate of 33% on the operator´s gross gaming revenues. This means that there is less money available for bonuses and promotions in France than there is elsewhere.

Coppolani told delegates at the International Association of Gambling Regulators conference that, not only does France have to join with other regulated jurisdictions to increase liquidity, but tax rates must also come down to attract players back to playing on regulated sites. He also said that ARJEL should be given more powers to penalise offshore operators that are taking business away from regulated operators.

French Problems should be a Warning to Other Jurisdictions

The liquidity and taxation problems affecting online gambling in France are not exclusively a French problem. Spain and Italy have also seen decreases in online gambling revenues, while limited regulation in the US has also failed to produce the results that were anticipated. Even if France forms partnerships with other jurisdictions and reduces its tax rate on operators, it still has to deal with the issue of offshore sites offering a wider variety of betting opportunities than are available in France.

Coppolani has hinted in the past that a limited number of online casino games could be considered for regulation in the future, but he generally agrees with the government´s opinion that many casino games are too addictive and therefore too risky. This would suggest that not enough will be done in the future to rescue France´s online poker economy, and the demise of online poker in France will continue.

Jurisdictions considering the regulation of online poker should take note!