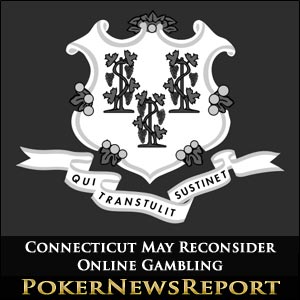 While the lame-duck session of Congress has begun and many are hoping that federal lawmakers take a serious look at the Reid-Kyl bill, there are no guarantees that enough support will be gained in order to pass Internet gambling regulations under a federal regime. So individual states are free to examine the issue on their own and Connecticut may do just that.

Absolutely, it’s something we need to look at, said Rep. Stephen Dargan (D-West Haven), who co-chairs a committee on legislative public safety that oversees legalized gambling. Dargan told the Hartford Courant that his committee will be searching for ways to increase revenue.

The Constitution State did consider online gambling last year, but failed to act on the matter. Part of the reason may lie with Governor Daniel P. Malloy’s lack of enthusiasm for the issue. And his attitude has apparently not changed despite a shortage of funds in state coffers.

Certainly, it’s the legislature’s prerogative to propose online gambling legislation, said Roy Occhiogrosso, a senior advisor to Malloy. But it’s not something that the governor has any intention of pushing. Occhiogrosso added that Malloy doesn’t think that the legislature will actually send him a bill on online gambling. Whether or not the governor would sign or veto such a bill is unclear until you actually see a piece of legislation on your desk.

The state’s two tribal casinos, Mohegan Sun and Foxwood, are required by a state compact to give 25% of their slot machine revenue to Connecticut each year. Any online gambling legislation may interfere with that compact, which has prompted talk of allowing the tribes to operate the online gaming action. Last month, Mohegan Sun signed an agreement with Bally Technologies to run a free-play online poker site. Many view that endeavor as means of getting a jump on things and making an easy transition to real-money play once legislation is enacted.

State House Majority Leader Brendan Sharkey (D-Hamden) is opposed to any Internet gambling scheme that might disrupt the existing compact between the tribes and the state. Sharkey cited the fact that the casinos are an economic driver for southeastern Connecticut and that new casinos in neighboring states of Rhode Island and Massachusetts are already threatening the revenue stream of Foxwood and Mohegan Sun.

We have to do everything we can to protect [the Connecticut casinos], to keep them thriving — for their sake, and for the sake of the state, Sharkey said.

Revenue at the two Connecticut tribal casinos has been steadily declining for the past five years, with much of the blame directed toward the lackluster economy and increased competition from other casinos.