Since he burst onto the scene at the high-stakes cash tables on Full Tilt Poker and endured million dollar swings playing against the best players in the world, everyone has been asking one question – “Who is Isildur1?”… 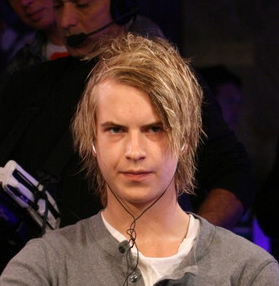 Since he burst onto the scene at the high-stakes cash tables on Full Tilt Poker and endured million dollar swings playing against the best poker players in the world, everyone has been asking one question – “Who is Isildur1?”. Well ever since Isildur1 signed with PokerStars as a Team PokerStars Pro in December 2010 there has been mounting speculation that the site would finally reveal the identity of the mystery Swedish star – and yesterday they did.

At a special press conference at the PokerStars Caribbean Adventure it was revealed that Isildur1 is indeed Viktor Blom!

The news will come as no suprise to most people in the poker community who have always believed that Isildur1 was Blom however is this somewhat an end of an era?

There has always been a lot of opinions and suggestions on who Isildur1 was and despite how crazy some of them were (for example some people suggested President Barack Obama, others suggested Phil Hellmuth, and well others were so ludicrous that we won’t even repeat them) this was part of the excitement and his identity being such an enigma in the beginning was part of the ‘Isildur1 factor’.

It seemed it would always be inevitable that Isildur1’s identity would be revealed when it was announced he had signed for PokerStars to become a Team PokerStars Pro (last month). Since launching the SuperStar Showdown promotion which revolves around Isildur1 PokerStars had been using an image which concealed the identity of the player, however that has now been changed to an image showing Viktor Blom now that they have revealed his identity.

One thing for certain is that Blom will continue to captivate the attention of online poker media and players and that when he takes a seat whether it be online or offline he will have railbirds flocking to watch. Perhaps there will be a ‘new Isildur1’ in 2011 who bursts onto the scene and dominates while concealing their identity – who knows?!