The UK´s Competition and Markets Authority (CMA) is to investigate alleged breaches of consumer law after concerns were raised by the Gambling Commission. 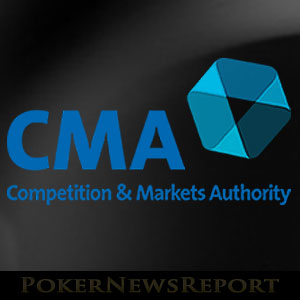 The UK´s Competition and Markets Authority (CMA) is to investigate alleged breaches of consumer law after concerns were raised by the Gambling Commission.

The UK Gambling Commission (UKGC) is considered to be one of the leading regulatory authorities in the world. Any online poker site that wants to provide a service to players in the UK has to be licensed by the UKGC, and its standards are so high that many countries look towards the UKGC as a benchmark for their own regulatory bodies.

Due to its high standards, when the authority raises concerns, it is likely that there are some serious issues to be resolved. In this case, the UKGC´s concerns are about misleading promotions and unfair terms that could result in players not receiving the benefits they believe they are entitled to. Because the concerns relate to consumer protection issues, the UKGC has asked the Competition and Markets Authority (CMA) to investigate.

Almost every promotion is designed to encourage players to play longer than they imagined, and many first deposit and reload bonuses are voided if a player requests a withdrawal of their funds while in the process of clearing the bonus. The CMA commented that it wants to put an end to any practices it considers to be unfair and encourage greater transparency in how poker site offers are promoted.

Here at pokernewsreport.com, we frequently cover online poker site promotions and know from experience how difficult they can be to understand. The promotions become even more complicated when sites require players to opt in or complete certain missions on specific days, or when gifts and live poker packages are included in the value of a promotion advertised (or implied) as having a cash reward.

In this respect, the CMA has asked online poker players to write to the authority with any examples of perceived unfair practices they are aware of. The email address to write to is Gambling@cma.gsi.gov.uk. We encourage any player that feels they are the victim of an unfair practise to also spend five minutes writing an email to the CMA.

In addition to sign-up bonuses and ongoing promotions being investigated, poker site loyalty programs are also likely to come under the microscope. The world´s three largest online poker sites – PokerStars, 888Poker and Party Poker – have all recently made significant changes to their long-standing loyalty programs and many of the changes have been unpopular among players who benefitted most from them.

A thread on the popular 2+2 forum has already picked up on the opportunity to complain about the removal of the Supernova and Supernova Elite statuses on PokerStars, and it is likely that players at 888Poker and Party Poker will follow suit – alleging that arbitrary changes to the sites´ loyalty programs constitute a breach of consumer law.

Any Future Changes Not Exclusive to UK

Any changes that are implemented to poker site promotions as a result of the CMA´s investigations will not be exclusive to poker site operations in the UK. Regulatory authorities around the world will be keeping an eye on the CMA´s investigations to see what complaints are upheld, what faults are found and what regulatory action is taken by the UKGC as a consequence.

As the issues experienced by players in the UK are common throughout the world, we encourage any player from any location who believes they have been the victim of an unfair practise by an online poker site to write to the CMA and express their grievance. Hopefully, the CMA´s report – which is due to be released next year – will help to create a fairer online gaming experience for everyone.