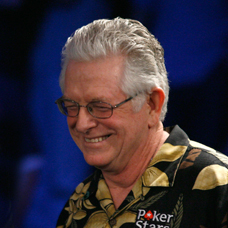 The World Series of Poker’s arrival meant that Louisville, Kentucky had to forget about their horse racing background for a couple of days as the emphasis was put onto the gambling action played with cards.

The World Series of Poker Circuit Event (WSOPC) has been a long standing poker tournament within the industry and many players have tried their hand at making a name for themselves by taking the crown and first place placing.

The tournament boasted a number of familiar faces from the previous tournaments with many trying to complete their first major tournament win to kick start their poker career and others who were looking to simply add to their collection of poker achievements.

Action began with 289 players who had bought into the poker tournament which hosted a smaller buy in fee in relation to previous years, seeing the participation fee reduced from $5,000 to $1,600.

The reduction in participation cost meant that the tournament attracted many more players than the previous year after only 55 players took part in the WSOPC tournament last year.

Long standing WSOPC tournament player Charles ‘Woody’ Moore was once again in action after proving that he is in the tournament to win it after making a number of previous appearances but never getting that taste of victory that he strives for.

He will be pleased he did buy in to the tournament this year after taking the action to his opponents and taking the first place finish, $99,878 prize money and the title to add to his portfolio.

With the additional interest in the tournament this year, it was fitting to see a number of live poker tournament regulars and legends gracing the tables, with such names as TJ Cloutier, Mark ‘Pegasus’ Smith, Lee Childs and many others making to time to get into their full poker swing.

Although there were a number of big names within the field, strong poker strategy and a couple of moments of questionable play meant that Moore was able to break down plenty of what his opponents had to offer, setting him up for his victory that not only gave him the title and the prize money but also entry into the WSOPC $1million Freeroll tournament that will take place at the end of the World Series of Poker season.

With the circuit being a points based tournament series, players have to compete to win points in order to move up a leaderboard, with the top players being offered a seat in the $1million Freeroll and while he is currently sitting in second place in the standings, he won’t have to concentrate too much about his standing in the table as all players who win an event are automatically placed into the tournament as part of their prize.

The WOSPC offers a number of up and coming players within it’s playing field and there is one player that you will be sure to hear more from as he becomes more active within the poker scene, Shiva Dudani.

Dudani is currently leading the table of players who are involved in the World Series of Poker Circuit and although he is relatively unknown within the poker community at the moment, watching his play and his ability to read the play of his opponents means that you know that he will make a splash into the waters of the bigger players in a matter of time.

The next stop for the WSOPC is scheduled for Hammond, Indiana where the venue will not only play host to the next $1,600 buy in tournament but will also host the $10,000 regional tournament that will again fetch a number of big name players to the tables to try their hand at getting victory.

The two upcoming tournaments will run in Hammond between October 15th and October 28th.