Day 5 of the $10,000 World Poker Tour LA Poker Classic Main Event was completed yesterday at the Commerce Casino, with a star-studded field in action. The day began with 18 players remaining in… 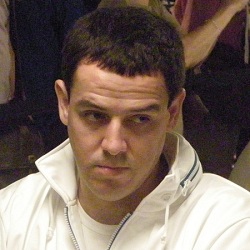 Day 5 of the $10,000 World Poker Tour LA Poker Classic Main Event was completed yesterday at the Commerce Casino, with a star-studded field in action. The day began with 18 players remaining in the event out of an initial 651 entrants and due to the high-profile names remaining in contention, everyone expected a long gruelling day of play, however that was not the case.

It took less than six hours for the 18 players to be whittled down to the final six players who will take their seats at the final table on Thursday at 4pm PST, with all of them hoping to win the event which has $1.654 million set aside for the winner, however all eyes will be on Carlos Mortensen who enters as chip leader holding 5,235,000 chips.

Carlo Mortensen is a Full Tilt Pro (Full Tilt Poker is one of the best sites to play poker online for real money) and this will be his fifth World Poker Tour final table, and if he wins it would be his fourth World Poker Tour victory which would be a new record. Vivek Rajkumar, who enters the final table second in chips, is also a World Poker Tour winner. He won the Borgata Poker Open in Season VII and will be hoping to make it two career WPT victories on Thursday.

As for the other four players, this will be the first time that they participate in a World Poker Tour final table. Those players are: Steve Gross (a former CardPlayer Online Player of the Year), professional poker player Darryll Fish, and unknown players Amir Lehavot and Gregory Brooks.

Kathy Liebert and Matthew Marafioti were both eliminated soon after the days play began, with Brandon Crawford joining them on the rail before the first break of the day. Soon after play resumed Matthew Berkey found himself eliminated in 15th place.

2010 November Nine finalist and Bluefire Poker instructor Jason Senti was the next player to be eliminated. He found himself eliminated in 14th place for $56,880 after his pocket Queens were cracked, and he was then joined by James Dowdy who finished in 13th place for $56,880.

After another break there were three simultaneous eliminations. Carlos Mortensen took the chip lead after making a spade flush to crack Shannon Shorr’s pocket Aces and James Carroll’s pocket Kings, while on the other table Jesse Yaginuma was eliminated at the same time. This meant that the three were tied finishing in 10th place for $63,410.

Jason DeWitt (9th place) and Allen Cunningham (8th place) were then eliminated before the third break of the day. When the final seven players resumed play it took just the first hand to finalise the players who would make up the final table. David Baker raised to 125,000 from the cutoff preflop and Vivek Rajkumar reraised to 305,000 from the small blind. Baker reraised all in for just over 1.5 million and Rajkumar made the call. Baker revealed KK and Rajkumar revealed A10, needing help from the board – and thats what he got. The board was revealed AJ8104 to see Baker eliminated in 7th place for $176,520. The final table will begin at 4pm PST on Thursday, and as always we will have a full report from the event.