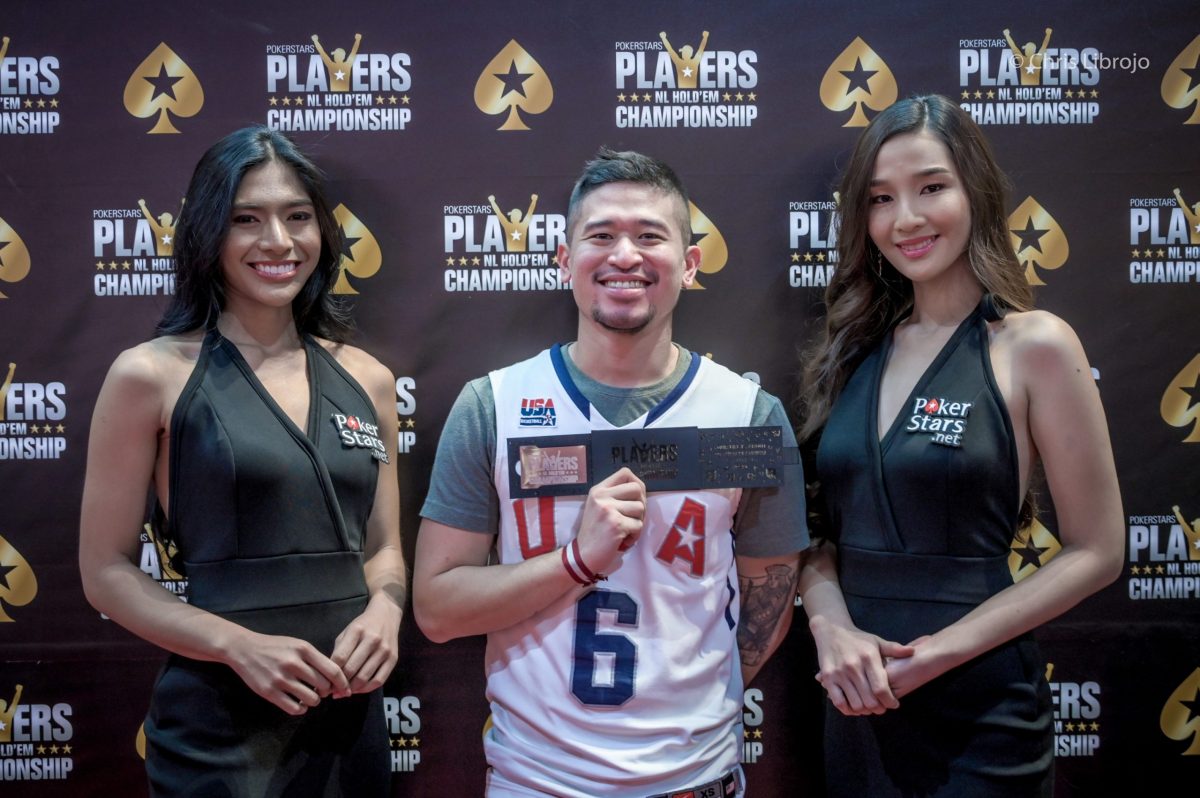 PokerStars made a big announcement in December, as 21 live events were introduced for 2020. What’s more important is that 24 players in these events will have an opportunity to receive the exclusive Platinum Pass.

All players with the pass will be able to take part in the 2020 PokerStars Players Championship in Barcelona, which will take place this August.

The first player in 2020 to receive the pass was Florencio Campomanes, who took part in the Main Event of the PokerStars Red Dragon Manila tournament. However, he didn’t have to win the event to win the pass. Rather, it was pure luck that decided how he was going to be chosen for the pass.

A Virtual Wheel Decided the Table

The first thing that was required to narrow down the potential candidates for the pass was to select one of the tables. The organizers used a virtual wheel that landed on table 7, and players were then moved to the table so that the entire poker room could watch the show.

However, not all players were present. In fact, one of the faces that is pretty familiar at Red Dragon, Campomanes, was almost late for the show.

Who would have thought that he would be the one to actually win the Platinum Pass? The Super High Roller runner-up and the 2019 APPT Manila Main Event winner.

Revealing the First Card — Cruz in the Lead

The first thing that the dealer did was deal the flop, which showed a jack of spades, an ace of diamonds, and a seven of clubs. At this point, John Dela Cruz was the only leader, as he had an ace of clubs.

On the other hand, Campomanes had a queen of clubs, and he didn’t seem to be in a good position compared to other players. Nevertheless, he had the second-highest card of all after Cruz’s ace.

The next thing that the dealer did was to show the card on the turn, which turned out to be a queen of hearts, giving Campomanes a slight boost, as he now had a pair of queens. Nevertheless, Cruz was still leading with a pair of aces.

After revealing the turn, the dealer instructed the players to reveal their second card. At that point, it was clear that Campomanes improved a lot, as his second card was an ace of hearts.

Therefore, he now had a pair of aces and a pair of queens — much better than his main opponent in this short but sweet hand that made him the winner of the Platinum Pass.

The river finally showed a nine of clubs, but that didn’t change anything in the hand rankings, meaning that Campomanes was the winner. He immediately rushed to his friends, and they all started celebrating his success.

After winning the Platinum Pass, the player from the Philippines was eager to share his enthusiasm with the press. He stated that he was a “luckbox.”

Moreover, he added that he needed to change his plans as his original ones had been to retire from playing poker.

Therefore, winning the Platinum Pass really disrupted his plans, as he is going to be one of the chosen few who will be able to take part in the 2020 PokerStars Poker Championship, which will take place in August in Barcelona. Until then, let’s wait and see who else wins this great prize!