Cake Poker have released news of their new promotion schedule that will be in place on the site from November 1st, giving players the chance to take part in some of the great competitions that the online poker room has to offer… 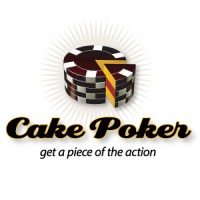 Cake Poker have released news of their new promotion schedule that will be in place on the site from November 1st, giving players the chance to take part in some of the great competitions that the online poker room has to offer.

It will see the start of the Cake Poker Gold Card Race and the competition which will last for 4 weeks. The promotion will see the site keeping tabs on all real money players to see who remains the most active over the specified 4 week period and they have pledged $25,000 in cash prizes for those who are leading the tables at the end of the promotion.

The aim of the promotion is to collect as many Gold Cards as possible while playing at the site and the site have created a ranking table to help determine who gets what amount of points per hand.

For instance, the site has created a rank board that will credit each card a value or ‘miles’, starting with the deuce of clubs being worth only one mile but the ace of spades worth 250 miles to you, its completely luck of the draw!

For each and every hand that you play, you will collect ‘miles’ which will then be added up and the top ranking 50 players every week will be placed into a $5,000 closed tournament, with every player involved getting paid!

Even if you were to crash out of the tournament in 50th position, you would still find yourself $25 richer! First place takes $1,000 in prize money. You can’t lose! Literally.

As well as the Gold Card Race promotion that will begin at the site, they have also announced that they will also be running a Champions League Tournament Series as well as continuing their Money Night Football tournaments.

The Champions League Tournament Series will run across all 4 weeks within the month, November 2nd, 3rd, 23rd and 24th and will feature two $10 buy in tournaments.

The tournaments will also offer an added bonus in that any member who is able to cash in two or more of the tournaments will be instantly credited with an additional $50 for their efforts, giving tournament players a great chance to add to their bankroll funds.

The Money Night Football promotion is already a popular schedule with the members at the site but for those of you who don’t know what they are, it means that there will be a $10 buy in tournament at the start of the live Monday Night Football featured game and to enter couldn’t be more simple. All you have to do is ensure that you have the $10 buy in fee, alter your screenname to reflect which American football team you support or NFL player you like and then try to take down the tournament.

To enhance the competition that little bit further, Cake Poker have created ‘Kamikaze’ tournaments which cashing players will be invited to join. The tournaments will see each player who is involved within the final 10 players winning $50 for their participation.

Lee Jones, the Cardroom Manager at Cake Poker issued a comment about the up and coming promotion schedule, saying “People all over the world are crazy about sports and Cake’s players are no different. We enjoy giving our players an opportunity to root for their team as part of the poker experience through our different promotions.”

Cake Poker is considered one of the easiest online poker sites and great news for US players because they are also accepted. At Cake Poker you can play various games such as Texas Hold’em, Omaha, Omaha Hi-Lo, 7 Card Stud, and 7 Card Stud Hi-Lo however games such as 3 Card Poker and HORSE are not avilable.