British poker players have enjoyed a wonderful first half of the year, with Jake Cody, Matt Perrins and Darren Woods picking up gold bracelets at the recent World Series of Poker (WSOP) in Las Vegas. 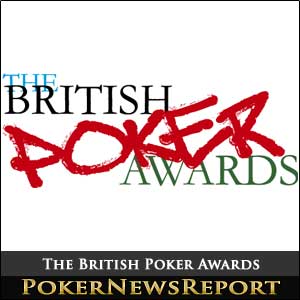 British poker players have enjoyed a wonderful first half of the year, with Jake Cody, Matt Perrins and Darren Woods picking up gold bracelets at the recent World Series of Poker (WSOP) in Las Vegas.

Numerous other Brits have lifted titles across the globe, too, but any one of the above trio could well be among your favourites for the second staging of the British Poker Awards.

Commentator Jesse ‘The Voice of Poker’ May was among those tasked with drawing up a shortlist for this year’s nominations, with voting opening to the public today trough their website.

Of course, Grimsby’s Woods also left Sin City with $213,431 for triumphing at the $2,500 Six-Handed Limit Hold’em event #19, but has surprisingly not made any shortlist at this year’s British Poker Awards.

However, 23-year-old Perrins is up for the Best Mixed Game Player award for the ceremony at London’s Poker In the Park V event on Saturday, September 3, at 15:00 (BST), while 22-year-old Cody has gained two nominations – for Best Tournament Player and Best Online Player.

Perrins will be up against Richard Ahsby, James Dempsey, Phil Shaw and John Kabbaj in his category, while Cody faces Sam Trickett, Roberto Romanello, John Earnes and Chris Moorman in the Best Tournament Player category, and Moorman, Ashby, Dempsey and Dave Shallow for the Best Online Player award.

The are 13 awards to be handed out at the Main Stage in Hanover square, with Ashby, Trickett, JP Kelly, Roland de Wolfe and Andrew Moseley nominated for Best Cash Game Player, while John Shipley, Ashby, Dave ‘DevilFish’ Ulliot, Kelly and Ben Grundy are up for the Best Pot-Limit Omaha Player award.

John Duthie, Neil Channing, ‘Mad’ Marty Wilson, Tony Kendal and Simon Trumper have been nominated in the Best Contribution to Poker category, while Kara Scott, Liv Boeree, Luke Schwartz, Vicky Coren and De Wolfe have made the Poker Personality of the Year shortlist.

Additionally, there are also awards for Best Social Media User, Best Blogger, Best Poker League, Best Poker Forum and Player of the Year, with the last named being a judges-only vote.

So, if you have a favourite for any of the above awards, get yourself over to the British Poker Awards Facebook page or www.thebritishpokerawards.com to register your votes.