European Poker Tour (EPT) Player of the Year Fernando Brito aims “to do it again” next year following a series of spectacular performances during Season Seven. 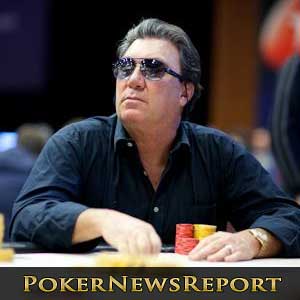 European Poker Tour (EPT) Player of the Year Fernando Brito aims “to do it again” next year following a series of spectacular performances during Season Seven.

The Portuguese businessman might have had a brilliant season, but “didn’t believe” he had picked up the title until cashing in the main event of the EPT Grand Final in Spanish capital city Madrid yesterday.

Brito really shouldn’t have been so concerned as he won or cashed in numerous events on the tour to dominate the Player of the Year race, leaving closest rival, Sweden’s Martin Jacobson – who managed second place finishes in Deauville and Vilamoura – way behind.

Brito’s stats make for impressive reading, with the 52-year-old securing first place finishes in four €1,000 No-Limit Turbo Random Bounty tournaments, a runner-up spot in another, successive €10,000 event wins, a fifth place in the final €10,000 in San Remo earlier this month, and sixth spot in London’s Main Event way back in October last year.

Incredibly, Brito cashed in all but two events – Berlin and Tallinn – on the tour, before ending Season Seven with a good run in Madrid to pick up another €30,000 and 100 Player of the Year points.

He initially moved top of the leaderboard after the London event – and never surrendered that spot as he finished the season 1500 points clear of Jacobson on 4135 points.

However, Brito, who owns numerous businesses in Brazil, just couldn’t believe he had topped the table, saying he was only willing to celebrate after he had received final confirmation of his success.

His cash finish in Madrid did the job, though, and Brito stressed that he “couldn’t have done” it without the assistance of his family and friends.

Now, however, the determined Brito has Season Eight in his sights and is “going to try to do it again”.

But Brito was not the only award winner yesterday, with seven other EPT trophies handed out by hosts Joe Hachem and Live Boeree – both Team PokerStars professionals – during a dazzling ceremony held at the Pacha nightclub in Spain’s capital.

Six awards were points based, with players building up scores from the 13 EPT Main Events as well as the €1,000-plus side events during Season Seven, while the Players’ Choice and Achievement of the Year trophies were awarded after tour players had voted.

Germany’s Max Heinzelmann completed an incredible double after he was the overwhelming selection for the Achievement of the Year and EPT Players’ Choice awards.

The 20-year-old, who only started playing poker two years ago when a friend gave him a couple of dollars to start playing online poker with, finished as runner-up in successive tournaments in Berlin and San Remo, while also earning  €1.1million in Season Seven.

Heinzelmann has also already won the PokerStars $100 Daily rebuy tournament and the poker room’s Sunday 500, with his Internet earnings already above $450,000.

The likeable Heinzelmann, who has become a favourite with many players following some wonderful displays, was “very happy” after his double, adding that receiving the votes of his fellow pros “means a lot to me”.

Meanwhile, Ireland won the Country of the Year award by recording the biggest points average per cash. With 70 entries and 16 cashes in Main Events this season, that works out as 22.86% finishes in the money.

Every one of those Irish poker players with cash finishes have been entered into a Season Eight freeroll with €10,000-worth of prizes up for grabs.