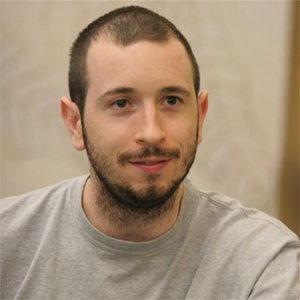 PokerVT which is the poker training site founded by Team PokerStars Pro Daniel ‘Kid Poker’ Negreanu has announced a new addition to their team of instructors – Brian Rast who most players might recognise better by his online poker alias ‘tassarast‘. This is a huge signing in the poker training industry because Rast is seen as one of the very best cash-game players in the world and is a regular in the $500/$1,000 stake games online at Full Tilt Poker. There are many people suprised that other training sites such as CardRunners or Deuces Cracked didn’t sign Rast due to them having the strongest teams of high-stakes cash players.

Brian Rast was born in Denver, Clorado but later moved to Poway in California where he went on to study at Stanford University. However in 2003 he watched the movie ‘Rounders’ which got him interested in poker and left him inspired to learn and play for money, and that is exactly what he did and actually ended up leaving Stanford University in order to pursue a career in poker.

Raast has went on to win $757,626 from live poker tournaments and over $400,000 from online poker tournaments. His largest live tournament cash was in 2008 when he bought in to the special $40,000 buy-in event for the 40th anniversary of the WSOP where he narrowly missed out on the final table and cashed in 14th place for $128,665. He was also part of the 2008 WSOP $5,000 Pot-Limit Omaha final table which many consider to have been the toughest final table in poker history which featured popular pro’s such as Phil Hellmuth, Daniel Negreanu, John Juanda, Johnny Chan, and David Benyamine but they all failed to win and Phil ‘OMGClayAiken’ Galfond took down the bracelet (he actually runs his own poker training site site too called Bluefire Poker).

Despite the success in poker tournaments, Rast is a cash-game specialist and considers himself an expert in the half-PLO/half-PLHE games which he plays online at the highest stakes of $500/$1,000. He is also rumoured to have won a staggering $1.2 million in just one session once when he was playing in China so leaving University to pursue his dream has clearly paid off for him.

Rast will join a very strong team of poker instructors at PokerVT where players such as Paul Wasicka, Adam Junglen, Jon ‘Pearljammer’ Turner, Bryan Devonshire and many others join Daniel Negreanu in providing video content to help poker players become better. PokerVT launched in 2008 and unlike other training sites, it is actually completely unique and offers a ‘virtual training‘ experience with videos being paused and the pro’s appearing on-screen explaining certain situations and strategies which is excellent. Overall you can’t go wrong with PokerVT for No-Limit Hold’em training from some of the best players in the world, and Rast joining makes it even more appealing.