Bodog founder Ayre reckons PokerStars and Full Tilt were closed down by the DoJ as the government attempts to move towards the legalisation of online poker. 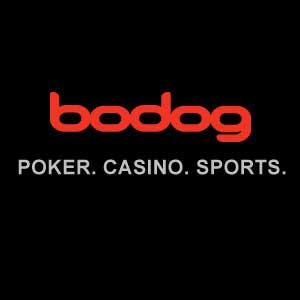 Bodog founder Calvin Ayre reckons PokerStars and Full Tilt Poker were closed down by the US Department of Justice (DoJ) on April 15 as the North American country’s government attempts to move towards the legalisation of online poker.

The 50-year-old Canadian billionaire pointed out that it appeared “clear” to him that ‘Black Friday’ – when the DoJ also shut down Absolute Poker – was a necessary move aimed at bringing order and regulation to online poker rooms through the USA.

However, he strenuously refuted claims that Bodog – which is currently still operating in the United States via their Morris Mohawk Gaming Group (MMGG) subsidiary in the Mohawk Territory of Kahnawake, Quebec – might be caught up in this latest, unfortunate predicament.

Ayre spoke to British quality Sunday newspaper The Observer, saying that “it’s clear to me that the United States is gearing itself up to enter this industry”, while also pointing out that “it’s impossible” that his company could be hit by any government restrictions.

He added that, while Bodog “was included [by the DoJ in a sworn statement in a related case], I can’t see any reason why it should have been other than to get publicity…Bodog wasn’t involved in any of that”.

Ayre also pointed out that MMGG chief executive Alwyn Morris “does have a business that takes bets from the US – and he does have a brand licensing deal with me – but he told me that he doesn’t know any of those [payment] processors mentioned in the filings”.

PokerStars, Full Tilt Poker and Absolute Poker have not be able to operate in the USA since mid-April, while Full Tilt was also closed to British poker players on June 29 after the Alderney Gambling Control Commission (AGCC) suspended their licenses.

However, it does appear that Bodog have their eye on breaking into the lucrative Asian market as the company aims to expand their operations, with Ayre saying that “the real market is in Asia, not in North America, anyway”.