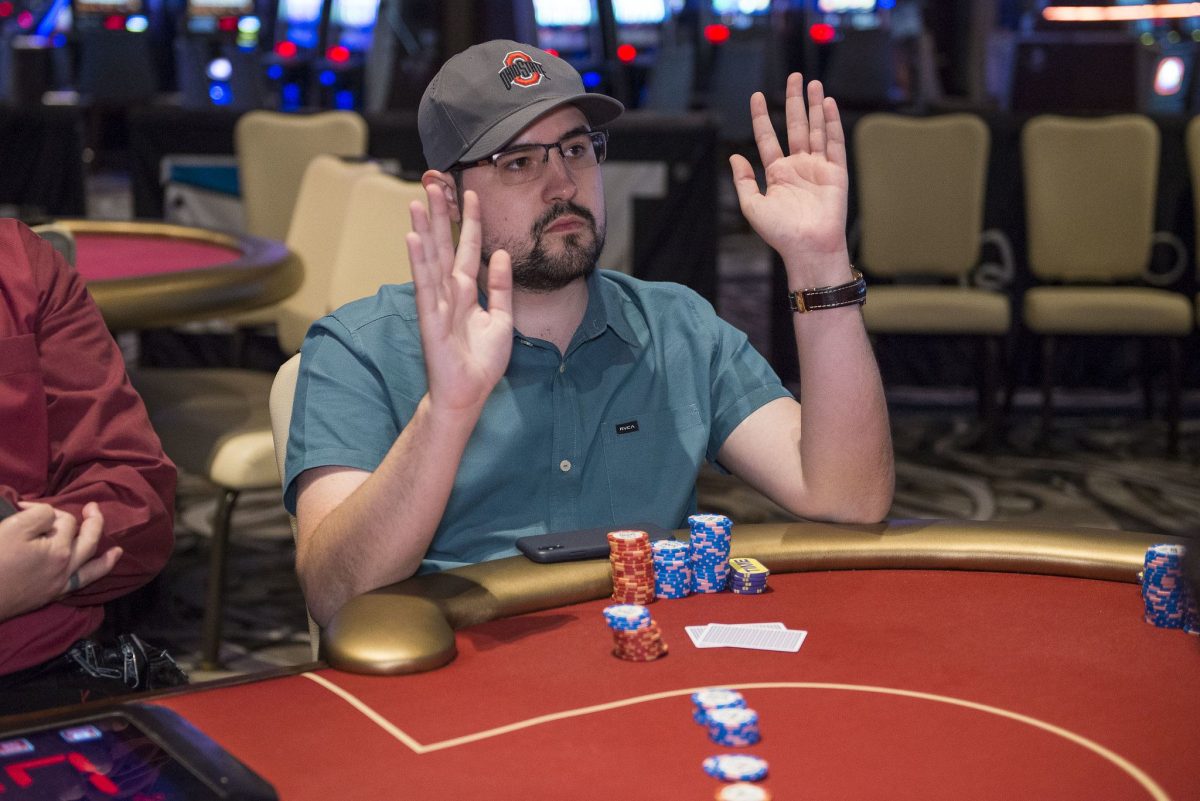 A professional poker player and the champion of the 2018 LAPC, Dennis Blieden, has pleaded guilty for embezzling more than $22 million from a company where he used to work. Right now, Blieden could face up to 22 years in prison and is charged for wire fraud and identity theft.

During a scheduled arraignment, which was conducted last week, the popular poker player pleaded guilty for identity theft and wire fraud. The champion of the World Poker Tour LA Poker Classic had strong evidence against him and had no other option but to acknowledge his crimes.

The Blieden saga has been going on for quite a while now as he was indicted more than a year ago on a total of 11 wire fraud counts, as well as one identity theft count. Finally, he was indicted for two forfeiture counts.

Although he did not plead guilty for the last one, he did admit his crimes for wire fraud and identity theft.

Back in the day, Blieden worked for a company named StyleHaul, which was in the digital marketing business. His position was the controller and vice president of accounting and finance in the company meant that he had a lot of freedom to do as he will with the finances of the company, and he seemed to have gotten loose with the money.

While he was in control of the finances of the company that represents YouTube influencers, Blieden reportedly embezzled a total of $22 million.

First of all, during his tenure, the popular poker player made falsified Western Union wire transfers. The reason he did this was to make everyone believe that the money was used to pay some of the clients that the company worked with.

However, in reality, Blieden only used that money for himself. The DOJ reports that Bliedem used personal checks and spent a total of $1.2 million to give money to other poker players. Moreover, he spent an additional $1.1 million to settle his credit card debts and used a total of $8.4 million for buying cryptocurrency.

The rest of the money was mainly used for personal expenses, one of them being playing high-stake gambling games.

Blieden had big plans and even wanted to be part of the $300,000 Super High Roller bowl last year. However, all of that turned sour for him as he was caught, and his little “experiment” was uncovered by the authorities.

The arrest took place while Blieden was in Vegas, and he was extradited to Southern California soon after that. At first, the prison sentence for him was approximately 200 years in prison, given the amount of money he managed to embezzle during his tenure.

However, things might not look that bad for him at the moment as his sentence is lowered to 22 years. Moreover, it might be even lower, as there have been similar white-collar crimes, and their sentences were much shorter. The final sentence is yet to be defined.

For The Love Of Money

Blieden is an extraordinary poker player, but his love for money and gambling was something that is going to cost him a lot. Poker is a great game, but we should always be able to draw the line and understand when enough is enough.

People do tend to get carried away, both in poker and in life, and sometimes, that could have serious consequences. Blieden has done a lot of wrong things, and he will hopefully think twice about his actions and improve his behavior.

Being unable to do so could have severe consequences. Therefore, feel free to play poker — but play responsibly!