BetMGM Poker in Michigan is preparing to host an online series starting on June 20. 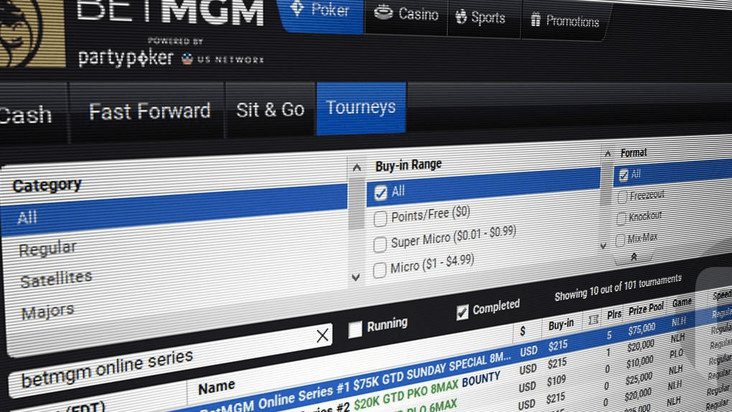 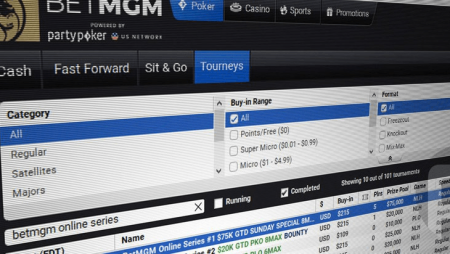 BetMGM Poker is relatively new in Michigan, but the brand is not holding back when it comes to offering online poker series options. This month, the site is gearing up to host an Online Series, from June 20-27. The series will include $275,000 in total guarantees. There are 10 total events to choose from with medium buy-ins so players can afford to take part.

Details of the Online Series

If you are looking for more lucrative action, then it is Event #3 and #10 you want to wait for. Event #3 is a $25,000 8-Max option in No-Limit Hold’em format. This event had a larger buy-in of $535, so there might be a chance of an overlay with less competitors taking part.

The largest event of the series is #10, the 8-Max NLH with a $75,000 guaranteed prize pool. This tournament has the highest buy-in of the series at $1,060. This event may also see an overlay due to the last series hosted by BetMGM in the state.

In Michigan, BetMGM Poker has yet to gain any ground, with its initial launch off to a slow start. Having launched late in March, BetMGM Poker is having a hard time competing with PokerStars, an established brand in the state.

For BetMGM, the cash game traffic is slow on a regular basis and when hosting big events, the brand has seen a few overlays. Soon after launching in the state, BetMGM offered an online series. Once it was over, the overall guarantee was reached, and it looked like the brand was starting off on the right foot.

However, once the second online series was hosted back in May, the total guarantee was increased to $315,000 and it was missed. Unfortunately, the 10 events hosted by BetMGM only generated under $250,000 in total prize money. Several events had an overlay, of which BetMGM had to cover.

The final event of the second series was a $100,000 option, and it had only 71 players competing. This caused the tournament to fall short of the prize pool guarantee by a whopping $29,000. Only one event of the series was able to hit the guarantee.

It will be interesting to see if this next Online Series will hit the mark. With low buy-ins and a cut to the overall total prize pool amount, its possible BetMGM has made the appropriate changes to avoid falling short this time around.