Party Poker has launched a new promotion in which players are invited to complete missions for the chance to play Boris Becker heads-up for $25,000. 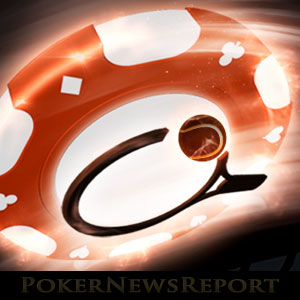 Party Poker has launched a new promotion in which players are invited to complete missions for the chance to play Boris Becker heads-up for $25,000.

Earlier this week, Party Poker added Boris Becker to its team of ambassadors and the site has been quick to launch a promotion themed around their new star – “Beat the Ace”. Fortunately, players are not being asked to take the former Wimbledon champion on at tennis, but in three heads-up NL Texas Hold´em matches with up to $25,000 as prize money.

In order to win the chance to play Boris Becker heads-up, players must first complete up to four missions and then battle their way to the top of a “Beat the Ace” leaderboard over the course of four freeroll tournaments. Each freeroll tournament also has a cash prize pool of $5,000, so there is the opportunity for everybody to win something in this promotion.

The Beat the Ace Missions

There is no order in which the missions have to be completed or even each element within each of the missions. It is important however that players opt into the promotion and pause any active missions before participating in the “Beat the Ace” promotion. Players who complete the missions will be awarded seats in the following freeroll tournaments:

Please note that the Mission 4 challenges and the Mission 4 freeroll tournament can only be accessed from a mobile. In order to have the best chance of topping the leaderboard and playing against Boris Becker, it will probably be necessary to play in all four freeroll tournaments. Players who do not already have the Party Poker mobile app can download it free of charge from the site.

I´ve Won the Leaderboard Competition – What Happens Next?

The winner of the Beat the Ace leaderboard competition will be flown to a yet-to-be-disclosed “luxury location” to meet Boris Becker and take him on in three games of heads-up NL Texas Hold´em poker. If the player wins one game against the former Wimbledon champion, he or she will win $5,000. If the player wins two games against Becker, the prize increases to $10,000. Win all three games and the player wins the maximum prize of $25,000.

The “Beat the Ace” promotion starts this week at Party Poker and continues through until 6th January 2017. Players who do not already have an account with Party Poker, but who would like the opportunity to meet Boris Becker, can sign up for an account using the [geolink href=”https://www.pokernewsreport.com/party-poker-bonus-code”]Party bonus code[/geolink] [bonuscode room=”partypoker”]. Your first deposit will not qualify for the deposit element of Mission 1, but it will make you eligible to receive a 100% match bonus on your first deposit up to $500.

Game, Set and Match? It could be if you “Beat the Ace” at Party Poker.