Bay State Aims to be First in Online Poker Legislation

The Massachusetts House of Representatives has voted in favor of gaming legislation that would allow legalization of online poker. State Rep. 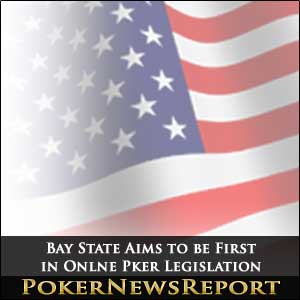 The Massachusetts House of Representatives has voted in favor of gaming legislation that would allow legalization of online poker.

State Rep. Dan Winslow, R-Norfolk, is behind the amendment to a bill that would make the Bay State first in permitting American poker players to play once again from their home computers.

“No state in the country has yet enacted legislation to authorize and regulate internet poker” said Winslow, who researched his amendment by discussing poker with many industry experts. Nevada, Florida and New Jersey have proposed similar gambling legislation, but none have yet enacted a law. The New Jersey proposal was approved by both the House and Senate in that state, only to be axed by the governor’s veto, Winslow added.

The Massachusetts bill before the State House of Representatives was passed by a dominant margin of a 123-32 vote. The proposal now must pass in the State Senate. Winslow’s hoping to adrenalize a stagnant economy by being the first state to allow online poker. He sees the opportunity for increased revenue for Massachusetts by being in the forefront of legalization of internet poker.

“Internet poker has great potential for creating high-tech jobs, developing the software and also the regulatory software to ensure the integrity of the games” he said.

In the Massachusetts proposal, five licenses permitting online poker would be granted for a period of five years each. Out of each pot, a rake of 10 percent would be deducted, with 70 percent of the rake fee going to state coffers. The Massachusetts Gaming Commission would also be required to develop regulations and model legislation for online poker to assure integrity and confidence for the players.

Winslow also said that online poker would not be restricted to only those playing in Massachusetts. People all over the world would be able to create an account and log in. However, there would be safeguards in place to block underage players, as well as prohibiting gamblers from states that outlaw internet poker.