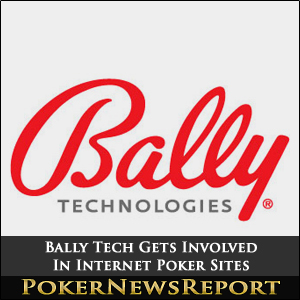 Bally Technologies did not, however, provide details of the deal, although the Nevada firm will now include Chiligaming’s technology that provides internet poker, casino, bingo, sports betting and social media in their established operations that already include casinos and slot machines.

Bally plan to use these additional applications to assist their casino customers when entering the world of internet gaming in wager and free-based websites – even though they have no immediate plans to introduce their own gaming site.

Additionally, Bally – who have made an application with the Nevada Gaming Control Board to gain a licence following the establishment of the state’s new internet poker rules – will now consider moving into the field of multi-channel promotions, bonus schemes and the tracking of players via their online, mobile and conventional platforms.

Just as important, though, is Bally’s obtaining of “an experienced team of industry veterans…which will help our customers optimise their use of this platform”.

Chiligaming chief executive officer Alexandre Dreyfus – who founded the company back in 2006 – is also pleased with the agreement, saying that he is “excited to develop our technology, knowledge, and experience with Bally to bring the best value for land-based casinos”.

Chiligaming – who have offices in the UK, France, Malta and now the USA – have been attempting to increase their presence in the States after the fallout from Black Friday last April 15, when the US Department of Justice (DoJ) shut down several online poker rooms because of allegations of illegal gambling, money laundering and bank fraud.

Just a few weeks back, the French company revealed details of their partnership with Golden Nugget that will see Chiligaming – who operate and develop gambling products and multi-platform social games – launch a free poker website for the casino chain before June is out.

However, with federal legislation relating to internet poker stalling in the US Congress, numerous gaming firms have turned their attention to states that may well pass new laws that will permit gambling within their borders.

Nevada is, so far, the lone state to approve these regulations, so is now accepting licence applications, while the likes of Mississippi, Iowa, New Jersey and Hawaii have all made moves towards providing intrastate poker bills.

Initial Revenues Likely to be Low

However, Brian McGill – a gaming analyst with financial services firm Janney Montgomery Scott – reckons it will be some time before internet poker provides substantial revenue for businesses, even if Chiligaming do win a Nevada licence.

He said that “it will take passage from larger states, or a federal bill, to act as a catalyst to really drive revenues”, but added that, “at this point, neither of these seem imminent”.

Don’t forget to bookmark Poker News Report so you’ll be sure to get the latest news on all things relating to poker, US poker legislation and so much more.