Players at the PokerStars Caribbean Adventure have been subject to a series of upsets over the weekend, including stomach upsets due to poor food preparation. 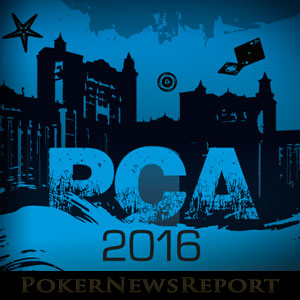 Players at the PokerStars Caribbean Adventure have been subject to a series of upsets over the weekend, including stomach upsets due to poor food preparation.

The PokerStars Caribbean Adventure is the live event of the year for many poker players. However, the 2016 PCA has got off to the worst possible start, with players complaining about bad management and bad food at the Atlantis Resort.

Even before the event started, concerns were raised about the volume of turbo events and the high level of rake (some events as much as 10% entry fee plus 10% staff costs), and one industry professional predicted that the PCA would be retired by 2018.

Prior to this weekend the headlines had been dominated by the victories of Bryn Kenney and Steve O´Dwyer in the two Super High Roller events, but over the weekend a series of upsets occurred on, under and away from the poker tables.

Event organisers have been heavily criticised for the way in which Indianapolis player Chris Underwood was treated after cashing in Event #4 – a $300 buy-in side event. According to Underwood´s version of events, an announcement was made when seventeen players remained in the tournament that the bubble had burst and that the remaining players were in the money.

Being short-stacked, Underwood moved all-in from the button with Ace-Jack, lost the hand and was given a cashout ticket. Thirty minutes after paying his winnings into his PS Live account, Underwood was told by an assistant floor director that a mistake had been made, that he was the bubble boy, and that he would have to give his winnings back.

Underwood refused and, when he returned to the card room the following day, found out that his PS Live account had been suspended. Tournament Director Mike Ward then dealt with the situation very unprofessionally, causing a major condemnation of Ward and PokerStars over Twitter – so much so that even Daniel Negreanu got involved:

@realcharder30 @PokerStars @NeilJPoker can someone tell him I’ll personally pay him and address the issue with the staff after.

Eventually Underwood had the money returned to his account but neither PokerStars nor TD Mike Ward have explained how the error occurred or offered any sort of apology – attracting more criticism of the event organisers over social media.

Another story to break over the weekend was Antonio Esfandiari´s disqualification from the PCA Main Event for relieving himself at the poker tables. Apparently Esfandiari had been involved in a “prop bet” throughout the day which involved lunging everywhere he went.

Unable to walk to the restrooms because his legs were like jelly, Esfandiari relieved himself discretely into a bottle under the poker table and was subsequently disqualified for a serious breach of tournament etiquette.

In a later interview, Esfandiari apologised for his indiscretion, but social media reaction to the disqualification was again critical of the way in which the situation had been handled. Some observers commented that the penalty was too harsh and that disqualification should be reserved for cheaters.

Other Complaints Topped by Food Poisoning

Other complaints at the PCA include the incessant announcements drowning out players´ betting action and the placement of the cash game tables under a bank of speakers – making the playing environment unfriendly. Even more unfriendly however has been a bout of food poisoning.

Greg Merson – the 2012 WSOP Main Event winner – went on Twitter this morning to say he had food poisoning over Friday and Saturday. He added thatmultiple people It already costs most players more to travel to the Bahamas and stay in the resort than it does to enter the PCA Main Event. With issues such as bad management and bad food spoiling the party at the PCA, PokerStars may have no option other than to retire the event by 2018.